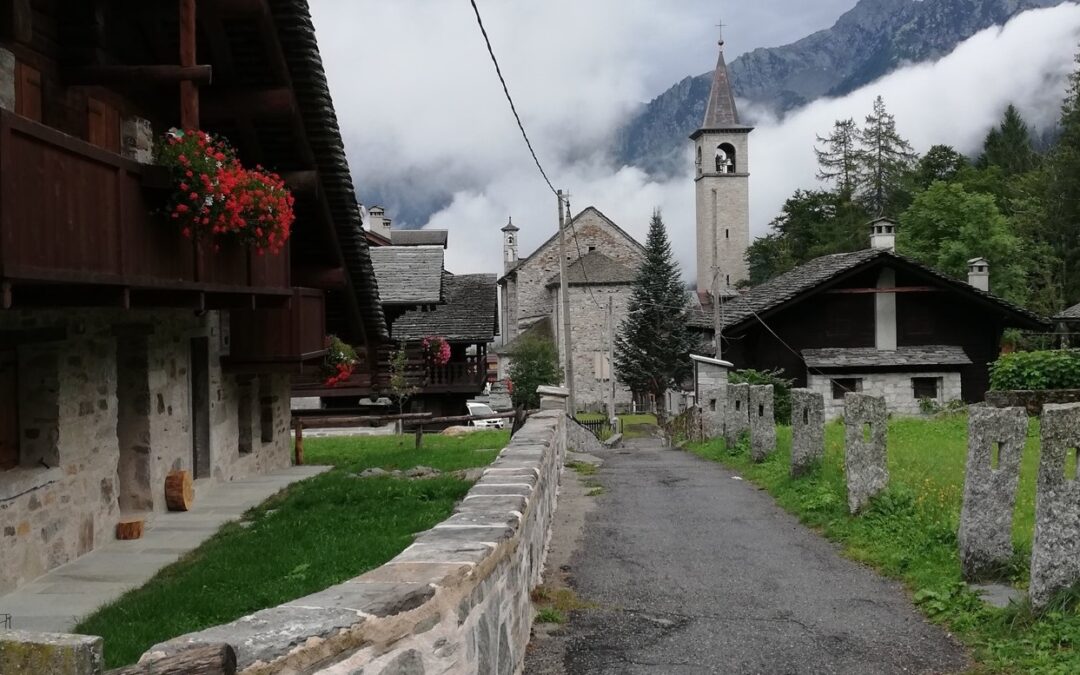 The newly found charm of the Aree Interne: left-behind places or places of the future?

Growing up and going through my teenage years in a small village in Northern Italy, I often felt trapped, too distant from the places where everything seemed to be happening. Life was going on in the city, and I was always a too long commute away from it. Years later, as the lockdown froze many of us in unexpected circumstances and living arrangements, I found myself back in the same village I had been trying to escape for years. But things felt a bit different this time. As the city turned into a silent concrete body, devoid of all the social and cultural life that made it so appealing, the ‘boring’ countryside began instead to feel like an idyllic location, with its greenery and outdoor spaces that made isolation seem a bit more bearable.

This change in perspective wasn’t peculiar to my own life, but came instead at the centre of public discourse through the words of well-known architects, politicians and journalists, who began to emphasise the potential that the remote and isolated areas of the country have to be at the forefront in shaping the post-pandemic future. In particular, the words of archistar Stefano Boeri were often invoked in the past few weeks. The architect, known for his projects focused on sustainability and urban reforestation, reflected on how the pandemic influenced our living choices and urged many of us to leave the city to find refuge in scarcely populated villages. According to Boeri, this trend should be seen as an important opportunity for the country to rethink its urban development patterns and to save those areas that are today nearly abandoned. Along the same lines, many observers saw this crisis as a much-needed occasion to rethink tourism, reducing the pressure of over-tourism on cities and promoting new out of the beaten path experiences that could be beneficial for more remote locations.

But aside from temporarily coming under the spotlight, in Italy the question of how to deal with marginal and fragile areas, better known as aree interne (inner areas), is one that for too long has been left out from public debate and political agendas. The past decades were characterised by an urban-centred approach to development, which led to a concentration of wealth, resources and services in few urban areas, resulting in deep territorial inequalities. As public and private investments kept flowing towards cities, the aree interne – corresponding to 60% of the national territory and inhabited by almost a quarter of the country’s population – remained untended. Local development mostly took the form of residual or compensative policies, always too unsystematic and fragmented to actually revert the trends of impoverishment and depopulation that came to be associated to the aree interne.

If we broaden our geographic focus, we discover that the issue of territorial disparity is not peculiar to the Italian context. Indeed, in most countries around the world it is possible to observe a similarly stark divide between few attractive cities on one side and a multitude of small peripheral towns and villages on the other side. Experts even coined the expressions ‘left-behind places’ and ‘places that don’t matter’⁠ to refer to those areas that are excluded from an increasingly tight network of global cities. As stressed by Filippo Tantillo, expert of territorial development, the European inner areas have a lot in common and are characterised by the same dynamics, to the point that ‘Blanca, in Spain, is more similar to Faeto, in Puglia than it is to Madrid’. Indeed, in spite of being diverse in terms of geographical conformation, history and local culture, such areas share a common fragility, determined by the scarcity of services and opportunities that is slowly causing their decay.

In an attempt to close this gap, the European Union has been addressing the issue of territorial disparity through its cohesion policy. While the focus on European regional development is not new, the past few years saw an important evolution in the way cohesion is conceived and implemented. Indeed, a debate arose regarding the need to develop a place-based and place-sensitive approach to tackle territorial inequalities, both among member countries and within each of them. This approach was introduced during the last budget period, and will be put to further test through the 2021-2027 cohesion policy, which states among its aims that of ‘supporting locally-led development strategies’.

Among the promotors of this paradigm shift was Fabrizio Barca, former Minister for Territorial Cohesion, who was also behind the development of the Italian National Strategy for Inner Areas (SNAI) launched in 2014. A joint effort bringing together the Agency for Territorial Cohesion, several Ministries and all levels of government from national to local, the strategy has an ambitious goal. It aims to revert the trends of depopulation, impoverishment and isolation that came to characterise the inner areas as a consequence of decades of neglect. It sets out to do so in two ways: on one side it focuses on improving the offer of essential public services that are often lacking in marginal areas, while on the other side it promotes place-based solutions to place-specific issues, involving in the process local stakeholders, communities and policymakers.

A few years after the launch of the Strategy, it is still too early to fully assess the effects of the policy. However, it is possible to take stock of the first achievements, as the SNAI experts Fabrizio Barca, Filippo Tantillo and Giovanni Carrosio do in this conversation. In the first place, the Strategy has the merit of having brought inner areas back into the political debate after years of neglect. Together with this, it produced an important change in the way such areas are perceived, both by their inhabitants and by policy makers. It reactivated the energies existing on the territories by enabling local actors to actually have a space to present and discuss their ideas and to access the resources needed to develop their projects. Furthermore, the SNAI introduced a new way to look at the Italian territory that goes beyond the classic North-South and city-countryside divides and brings the focus on marginality, access to service and opportunities. In spite of such important results, there are still some obstacles to the implementation of the strategy, which often clashes with the too rigid structures of local, regional and natural authorities, that are usually reluctant to change.

When we become familiar with the fragility and widespread decay that still characterises the majority of inner areas, the return to the villages imagined by many observers during the global pandemic appears in a new and less optimistic light. If we want to go beyond a fleeting interest in these territories, if we want our inner areas to be more than a mere refuge, we need to make them more attractive. This can be done only by ensuring access to basic services and by creating new economic, social and cultural opportunities, so that these territories can become places where people will want to remain. Now that the virus brought our attention to the inner areas, we have to maintain this attention and to work towards a more structural transformation. The SNAI represents a first fundamental step in this direction, but it needs to be accompanied by a broader change in the way we look at different areas and regions. We will have to overcome the dichotomy between centre and marginal areas, to move away from a rhetoric of winner and losers and to focus on how to develop a paradigm able to account for and build on the diversity that characterizes our territories.

Barca, F. (2009) An agenda for a reformed cohesion policy. A place-based approach to meeting European Union challenges and expectations, Independent Report prepared at the request of Danuta Hübner, Commissioner for Regional Policy. https://ec.europa.eu/regional_policy/archive/policy/future/pdf/report_barca_v0306.pdf