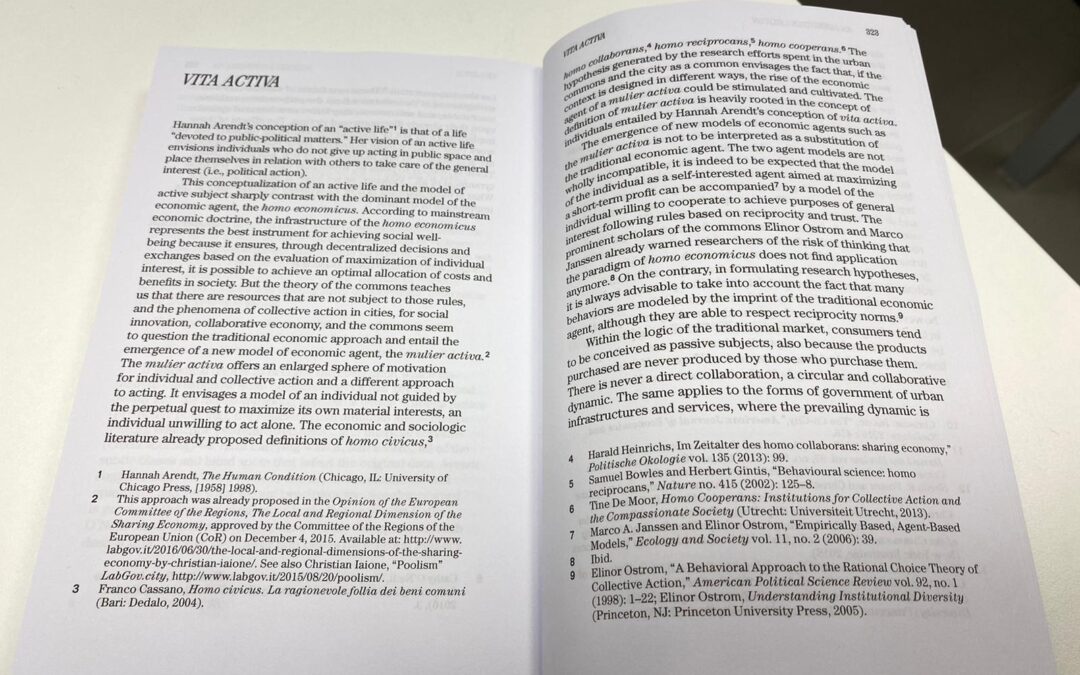 On the 12th of November the book “Designing in Dark Times: An Arendtian Lexicon” will be released online! Congratulations to the editors Virginia Tassinari and Eduardo Staszowski and to the many world-wide scholars and designers who contributed to the writing of the book. This unique book uses insights and quotations drawn from Arendt’s major writings (The Human Condition; The Origins of Totalitarianism, Men in Dark Times) to assemble a new kind of lexicon for politics, designing and acting today. It offers up an extraordinary range of short essays that use moments and quotations from Arendt’s thought as the starting points for reflection on how these terms can be conceived for contemporary design and political praxis. Neither simply dictionary nor glossary, the lexicon brings together designing and political philosophy to begin to create a new language for acting and designing against dark times.

You can find a chapter written by prof. Christian Iaione, co-director of LabGov.City, and Elena De Nictolis, fellow researcher at LabGov.City. Some of the key points stressed out in the chapter include the gender imbalance and ethics aspects of innovation and sustainability and how it’s necessary not to just limit our view to homo economicus but to expand it towards a definition of homo collaborans. This is particularly coherent with the theory of the commons where the traditional economic approach is questioned. As a matter of fact, a new model of economic agent is proposed: the mulier activa which is rooted in the concept of individuals entailed by Hannah Arendt’s conception of vita active.

You can pre-order the book here