LabGov—the LABaboratory for the GOVovernance of the City as a Commons—is an international network of applied research centers engaged in exploring and developing methods, policies, and projects which allow the shared and collaborative management of urban commons goods, services, and resources towards a collaborative governance of the city as a commons.

Co-directed and scientifically overseen by Professors Sheila Foster (Professor of Law and Public Policy at Georgetown University, joint appointment with the McCourt School), and Christian Iaione, (LUISS Guido Carli University of Rome), LabGov is an international research platform at the International Center on Democracy and Democratization (ICEDD) led by Professor Leonardo Morlino and directed by Professor Giovanni Orsina and an interdisciplinary urban clinique within the Soft Skills program at LUISS University. LabGov runs its research activities under the aegis of these two internationally recognized universities and in partnership with knowledge institutions from all over the world. This scientific alliance provides a knowledge-in-action framework for the building of a global community of Co-Cities, ambitious urban projects at the leading-edge of the experimentation of urban commons policies aiming at reinventing cities through inclusive and polycentric governance for a more sustainable, prosperous, and equitable future.

The study and practice of urban transitions towards commoning and co-owning the city was inspired by Elinor Ostrom, an American political economist who was awarded the Nobel Prize in Economic Sciences in 2009 for her research work about the commons. Overturning the drastic theory expressed by Garrett Hardin in his famous Tragedy of the Commons, Ostrom demonstrated that self-organized communities are able to manage open-access resources without overexploiting and ultimately destroying them, hence overcoming the traditional public-private regulatory partnerships and ownership structures.

Bridging urban studies and commons studies, Professors Christian Iaione and Sheila Foster rethink Ostrom’s design principles for the shared management of common pool resources like rivers, fisheries, lakes, and forests and adapt them to a slightly different environment, which poses an even bigger challenge: the city. LabGov’s approach scales up the idea of the commons, a shared, locally-owned resource, to the whole urban dimension, that offers more and more ways to residents, civil society organizations, local governments, and various private actors to join efforts for regenerating urban spaces and achieving a community-centric economic and social development.

The history of LabGov dates back to 2011, when Professor Christian Iaione founded the first laboratory devoted to the study and practice of co-governance models for the urban shared resources at LUISS Guido Carli University in Rome. After helping to draft and monitor the implementation of the Bologna Regulation on the Urban Commons, the main outcome of a two-year-field work, in November 2015 LabGov was among the promoters of the IASC “The City as a Commons” conference, the first international conference on the urban commons, which gathered 200 researchers, experts, and practitioners from around the world. As LabGov was originally designed as a knowledge commons, as a consequence, other LabGovs benefiting from the know-how developed by the original one based in Rome soon started popping up worldwide.

The first LabGov project carried out in Bologna laid the foundation of the Co-City protocol, tested in other Italian cities including Battipaglia, Mantua, Reggio Emilia, and Rome, where municipalities pioneered in developing Co-City projects and experimenting territorial pacts of collaboration for a commons-driven social and economic growth. Other Co-Cities were then activated in European and North American cities like New York, US and Amsterdam, Netherlands and are in the process of being launched in cities of the Global South like San Jose, Costa Rica, Mexico City, Mexico, and Accra, Ghana.

As a result of the field experimentations, along with the theoretical and empirical observation on 200+ global case studies and in-depth investigations in more than 100 cities from different geopolitical contexts, a first version of the Co-City protocol was codified. This protocol is in constant evolution and must be adapted to the local conditions in order to generate new Co-City projects around the world. 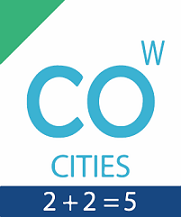