Heritage communities within the Faro Convention framework: the case of “Hotel du Nord”

On 7th and 8th February 2017 Marseille hosted the seminar “Patrimoines et biens communs au regard des droits culturels”, organized within the framework of the “Chaniter Patrimoine(s) et bien(s) commun(s)”, a research-action site devoted to analyse, debate and exchange knowledge about the phenomenon of heritage communities, defined by the Faro Convention on the value of cultural heritage for society (2005) as:

art.2.b.“Heritage community consists of people who value specific aspects of cultural heritage which they wish, within the framework of public action, to sustain and transmit to future generations.”

Among the case studies presented during the seminar was the experience of Hotel du Nord, a residents’ co-operative which offers hosting and touristic opportunities by enhancing local cultural heritage in the northern neighborhood of the city of Marseille. It began as an experimentation in 2009 and was officially founded in 2011, as a result of the mission expérimentale européenne de patrimoine intégré, an interesting project launched in 1995 by the city of Marseille, the Council of Europe, the University and the CNFPT (the National center for the territorial public service, in the framework of the national program of rehabilitation of the inner harbour of the city). This process was carried out as an intense research and action activity, which led to the foundation of 8 heritage communities. In 2009, the mayor of the northern district of Marseilles also signed the Faro Convention and a first experimentation of residents’ co-operation was carried out during the preparatory process of Marseille European Capital of Culture 2013. 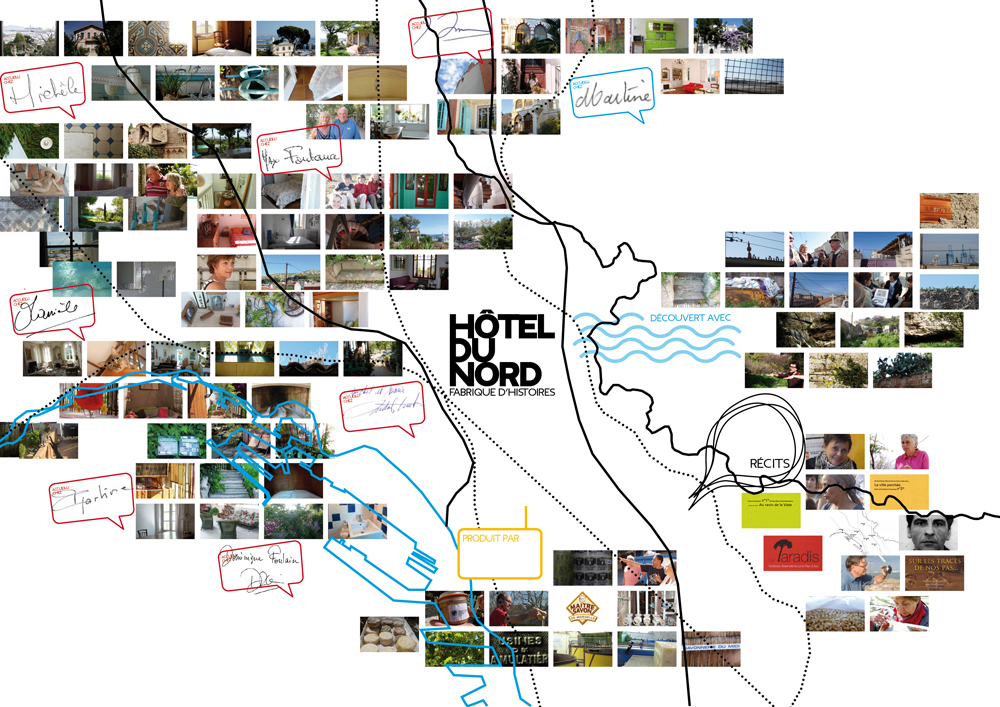 Hotel du Nord now proposes a network of 70 hosts, mainly residents, 60 bedrooms and 50 heritage walks to discover the natural and cultural heritage of the area. It clearly pursues the main aim of the Faro Convention, that is recognizing and promoting the social value of cultural heritage. As a matter of fact, it aims to obtain economic benefits from local heritage, to be reinvested for its preservation and enhancement, while at the same time improving residents’ quality of life and visitors’ touristic experience, through their active participation. All that adopting an experimental approach which tries to mobilize the social and cooperative capital of the local community. A further step is the experimentation of Hotel du Nord practice at the national level, in partnership with different actors from the social tourism and cultural sectors, through the co-operative Les oiseaux du passage.

As Prosper Wanner, director of Hotel du Nord, affirms: “What we need is a new paradigm triggering changes at least on three levels: cultural, economic and institutional. We try to move from a public policy approach to a public service approach. In cultural heritage policies, many efforts are devoted to promote access to culture, while we are interested in promoting citizens’ participation in the policy process. To this end, a new relationship between civil servants and citizens should be developed. The roles of each actor should change in order to lay the foundations for a better cooperation, in which citizens become co-producers, also by having access to civil servants’ competences. With Hotel du Nord, we also experiment and produce new legal provisions and new knowledge which help the Council of Europe to make progress in the Faro Convention implementation”.

The creation of heritage communities and co-operatives deeply relies on the specific territorial context, thus requiring ad hoc supporting processes. According to Prosper Wanner, “There is not a one-size-fits-all solution. There are some principles and methodologies related to the Faro Convention, which mainly rise from ongoing processes. For instance, what we experimented with Hotel du Nord and later on in Pilsen, within the European Capital of Culture experience, and in Forlì, within the ATRIUM-Architecture of Totalitarian Regimes in Urban Managements project, is a process made up of different steps: a training phase, through “The school of hosts”,  opened to residents and professionals, a programming phase to identify enhancement activities, for instance heritage walks, and a promotional activity. In this respect, a networking activity is useful to exchange experiences”.

The Council of Europe works at different levels in order to promote, facilitate and strengthen the implementation of the Faro Convention, with many initiatives included in the Faro Action Plan, like Faro Community, Faro in Action, Faro Spotlight and Faro research. As Wanner affirms: “With the Council of Europe, we are working at least in three directions: developing new narratives as regards cultural heritage, beyond the national one, promoting the approach of cultural heritage as a commons and enhancing citizens participation in public policies for an increased cooperation”.

“I am particularly interested in the perspective of commons as democracy spaces” says Wanner. In this direction, he identified a range of suggestions which could be useful for the elaboration of a cultural heritage as a commons policy[2]:

The Hotel du Nord experience and the inspiring ideas laying behind it definitely give us some food for thought!

[1]   They are identified by the Faro Community and included in Faro in Action, an active learning platform gathering good practices and promoting exchange and dialogue among practitioners, facilitators and heritage actors.