In the last years, the city of Naples has been the theatre of a series of experimentations and innovations in urban democracy through the commons.

What makes the experience of this city particularly special is that the requests voiced by urban communities are being met by the efforts of a local administration committed to strengthening collective participation and supportive of citizens’ claims to re-appropriate urban commons, in particular the so-called sleeping giants, buildings or complex structures located both in the center and in peripheral neighborhoods. The city of Naples embraced an enabling approach toward the commons. Since 2011, the city has been issuing a set of municipal ordinances that discipline the commons, adopting an approach deeply rooted in empirical reality, based on the practices of self-organization of the communities that co-govern the commons. The city also implemented institutional and organizational innovations to further improve its action in this filed. In 2011, the city of Naples created the Assessor of the Commons and later a Specific Unit internal to the city administration that is committed to fostering and maintaining the dialogue with the civic realities involved and to finding innovative solutions to better deal with the commons. The case of Naples has been object of different studies conducted by experts focusing on the Italian commons. The role of the social movement is been retraced and analyzed in particular by Maria Rosaria Marella [1], Ugo Mattei and Sakei Bailey [2], whom also highlighted the role played by social movements for the commons in the Neapolitan experience and in other Italian cities, that will be analyzed in following articles of the CO-cities series: Rome, Milan, Messina, Palermo, Venice among the others. Interesting insights on the case of Naples can also be found in the work curated by Gabriella Punziano [3]. 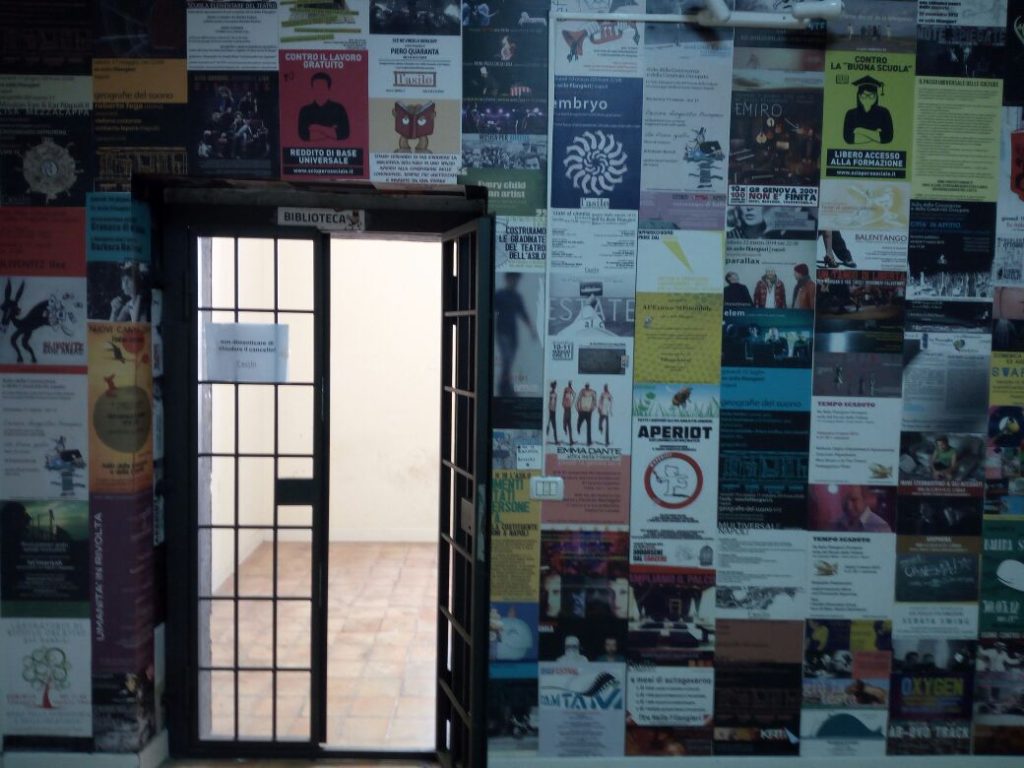 In a period in which national and local institutions seem to be growing apart from their citizens, Naples appears to be going in the opposite direction by choosing an alternative and less common path. Refusing to organize political structures as dictated by market logic and adopting instead what David Harvey[4] would define a rebel city approach, the city is bringing citizens at the center of the decision-making process and is strengthening participation in political institutions committed to the care of the commons.

This approach has led to the recognition of several occupations, which are being redefined as “emerging commons” perceived by citizens as “civic development environments”[5]. As of today, the spaces which are officially recognized as commons are the ex Asilo Filangeri, Villa Medusa, the ex Lido Pola in Bagnoli, the ex Opg, the Giardino Liberato in Materdei, the ex Conservatorio di Santa Fede, the Scugnizzo Liberato and the ex Schipa, and in the future more resources will be added to the list and entrusted to public care.

These recognitions, already relevant on their own, are to be read within a much broader framework, which sees the City of Naples firmly engaging in the promotion of normative actions to recognize, support and promote occupations and self-governance of the commons. As explained by Fabio Pascapè, responsible for the Unit on the Commons of the city of Naples, there are in fact several levels on which the local government has been working to achieve this goal.

Civic and collective uses. The model of the “Ex Asilo Filangieri”

The first occupation to be recognized was that of the ex Asilo Filangieri, an historical building located in the heart of Naples, which after decades of abandonment was occupied in 2012 by a group of artists and workers of the cultural sector, together with neighborhoods inhabitants. In the same year, the ex Asilo was recognized by the city as a “place of complex cultural use”.

As explained by Giuseppe Micciarelli, a representative of the ex Asilo Filangeri and a scholar of philosophy of the law and legal theory: “the ex Asilo is experimenting a new form of urban civic use of a commons”[4] which on one side is inspired by the role currently played by civic uses, on the other side it promotes the adoption of a regulation of public uses in which the management board of the good is constituted by assemblies composed by citizens and workers. In this special regime of publicity, citizen participation is able to shape a form of popular administration that redefines the role of public powers” [6]. This entails a transformation of the administration and of its functions, as “active citizens’ participation has the power of modeling a new form of popular administration” which could lead to a “democratic and radical twist in the concept of popular sovereignty”[7].

The ex Asilo Filangieri drafted an internal regulation[8] of civic and collective uses of the commons, adopted in 2015 by the city as an institutionalized system of rules for self-governance of the commons, which will be transferable to similar experiences. An experimentation on the urban civic uses is been implemented also in other Italian cities, such as Messina, with the occupation of the Teatro Pinelli [9], and Palermo, with the experience of the Montevergini Complex. The regulation states general principles and rules for a public goods that is governed directly by the community itself through an “assembly of management” that evaluates the different proposals and coordinates the use of the space, that will remain limited to cultural and general interest activities. 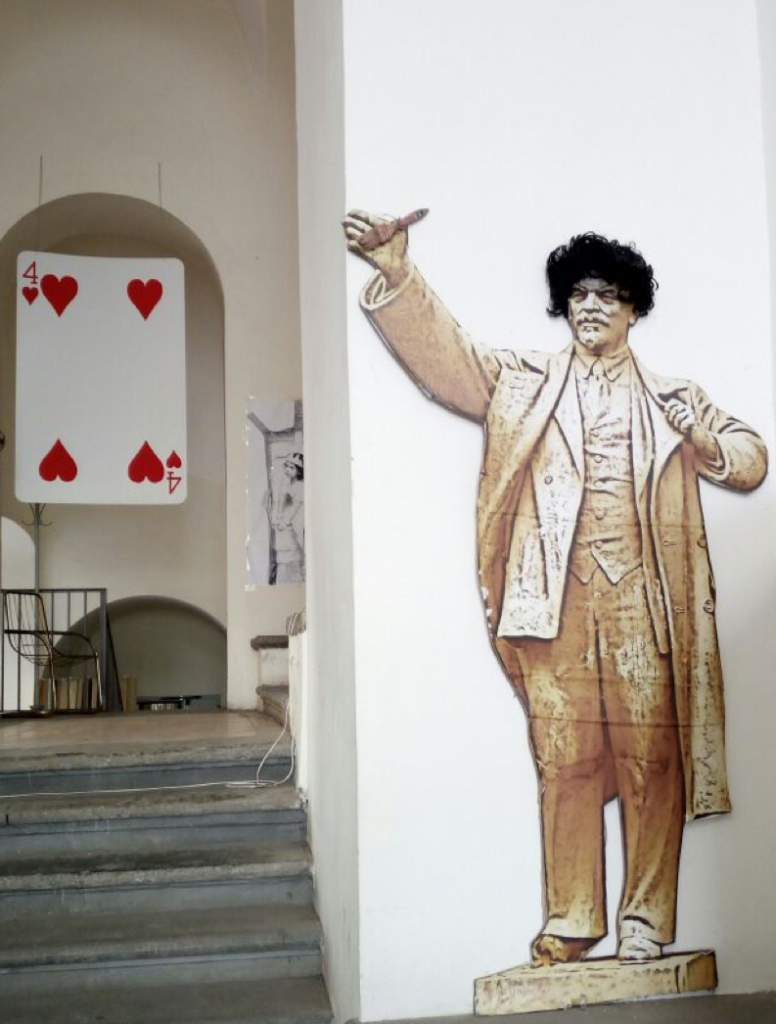 The entrance of the ex Asilo Filangeri

Besides all the efforts done in terms of recognition of the social value of the urban commons, the Municipality demonstrates to be deeply committed to the development of a new urban paradigm, based on the urban commons and on citizens’ participation, by engaging in several participatory regeneration processes. Through the work of the 2nd Chance network, which the city of Naples is leading within the framework of the URBACT project, the community will be called to participate in a path which aims at bringing back to life urban sleeping giants (abandoned places), and in particular the complex of Santissima Trinità delle Monache. Naples has also recently joined the URBinclusion network, which will work on fighting socioeconomic disparities and social exclusion in different cities. Furthermore, through a process that will be activated in the Borgo Vergini-Sanità area with the support of MiBACT, the city will direct its efforts towards the regeneration of difficult neighborhoods. In developing these projects the Municipality is always engaging the community in the process by fostering participation, generating knowledge and advancing a new vision of cultural heritage as a commons.

The process activated by the Naples administration is highly relevant as it not only allows citizens to re-appropriate common spaces of high social and civic value, but it also builds an ecosystem of collaborative practices that will generate a radical transformation of the city and of its governance. The case of Naples demonstrates that when cities are aware of the need to radically innovate institutions and regenerate urban life in order to answer to the multiple requests of their citizens, a real paradigm change is possible. What is more, it proves that such objectives will only be achieved if citizens will be allowed to participate in the decision-making process, so that the cities of the future will be designed according to the real demands and desires of their inhabitants.

This article is part of the CO-Cities Series

[4] Harvey, David (2013)Rebel Cities: From the Right to the City to the Urban Revolution, Verso Books, London.

[9] The complete text of the Declaration of civic use of Asilo Filangieri is available here: http://www.exasilofilangieri.it/regolamento-duso-civico/. 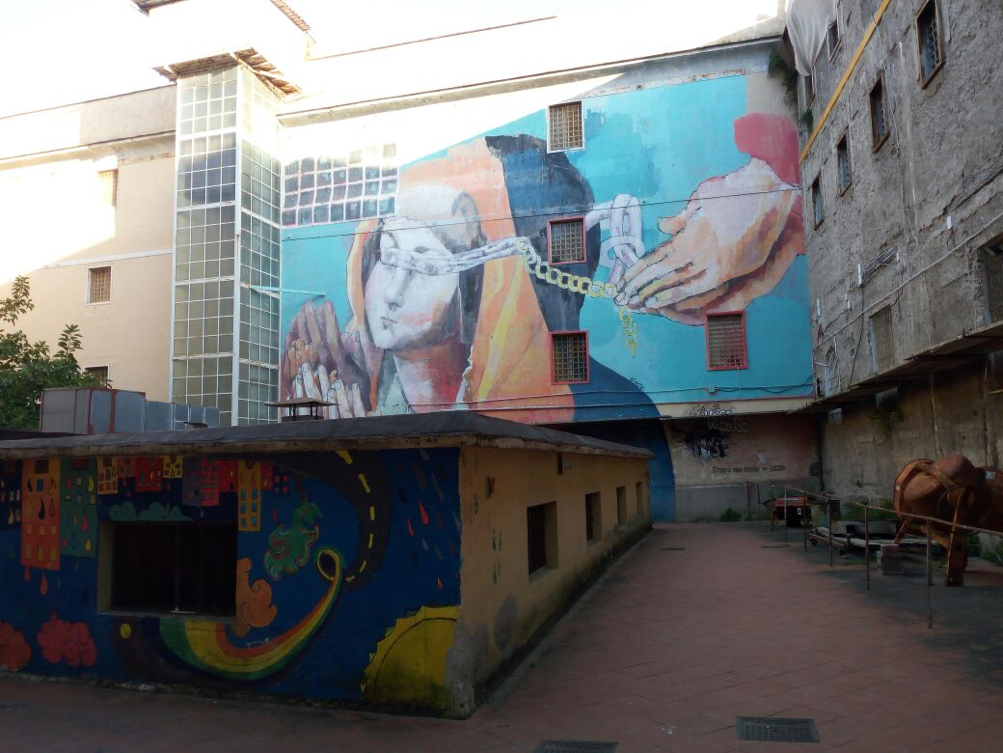