The Rise of Community Land Trust in Europe 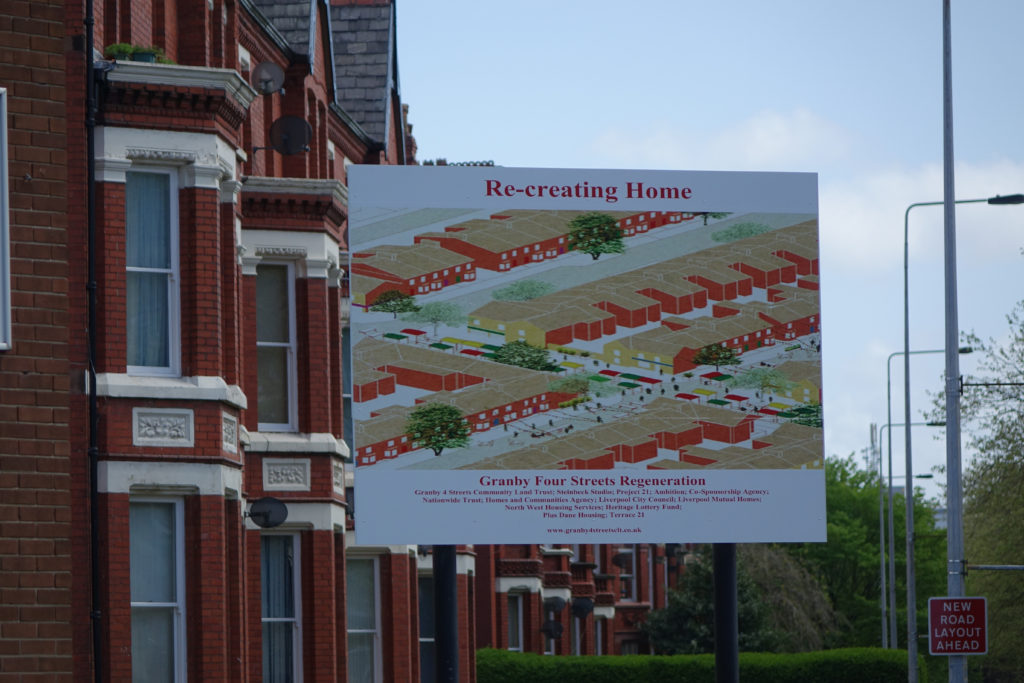 In most European countries long-term housing affordability and neighbourhood revitalisation are emerging as crucial concerns in the current housing political and policy agenda. Local authorities in several European cities have started to recognise the importance of supporting and funding collaborative housing projects as a strategy to meet the unsatisfied demand of social housing accommodation and to reinforce community empowerment. In particular, the Community Land Trust model has started to draw the attention of local and national authorities, for it is capable of both ensuring housing affordability and promoting urban regeneration.

As already described in a previous article, Community Land Trust is a membership-based, non-profit organisation chartered to hold and manage land in trust for the benefit of a given community. The main feature of the CLT model is the possibility to realise a split in the ownership of land and improvements. The CLT retains title to the land and permanently removes it from the market, while entering into long-term agreements with prospective low- or moderate-income residents, who become the owners of the improvements. In addition, the existence of a tripartite board of directors, which includes representatives of residents, members of the CLT community, and members of the public, ensure a democratic governance of the CLT.

In the United States, CLTs have a long history. One of the oldest and most acclaimed CLT in the US, the Dudley Street Neighborhood Initiative in Boston, dates back to 1984, and hundreds of others have been built throughout the country since then. Recently, the New York City Department of Housing Preservation and Development (HPD) has issued a Request for Expressions of Interest (RFEI) to identify qualified groups who are interested in forming a CLT, thus showing an increased attention by local policymakers.

In Europe, the CLT model has already gained recognition in several countries, both at a grassroots and legal level, often in collaboration with local or central governments. This is the case for England and Wales, where the Housing & Regeneration Act 2008 has legally recognised CLT and defined it as a corporate body whose main goal is to acquire and manage land for the benefit of the local community[1]. Following the formal introduction of CLT into the English legal landscape, a National CLT Network was established in 2010 and it then became an officially registered charity in 2014. The Network “provides funding, resources, training and advice for CLTs and works with Government, local authorities, lenders and funders to establish the best conditions for CLTs to grow and flourish”[2]. According to the National CLT Network, there are almost 70 CLTs in England and Wales, although the level of accomplishment of the projects varies substantially. Among them, the London CLT dates back to 2007 and is probably the most renowned and iconic example of CLT in England. 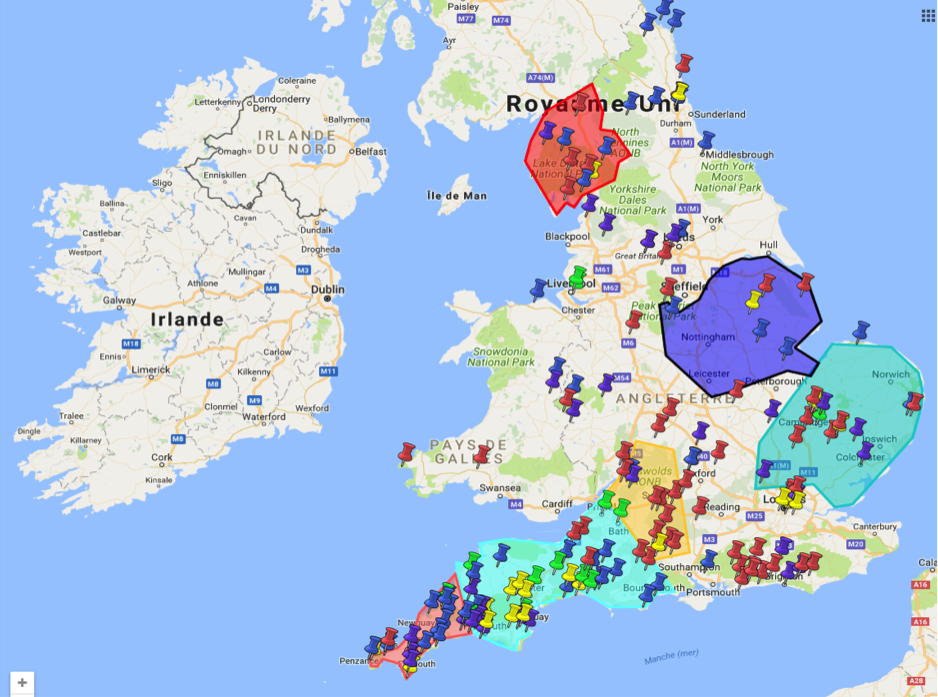 Although the implementation of the CLT model is recent, a supportive political agenda, the lobbying by the CLT network, and a property law tradition that is common to the UK and the US, have helped it to take roots and flourish throughout England and Wales.

By contrast, the implementation of the CLT model in civil law countries has been less straightforward. Despite a considerable amount of support from grassroots movements, a different conception of property law and the consequent absence of proper legal structures for CLT have slowed down its process of recognition. Among civil law countries, Belgium has offered the first example of implementation of a CLT in continental Europe. The Ecluse project in Brussels, inaugurated in September 2015, is the outcome of an intense collaboration and exchange between local associations, citizens, and the Brussels government. In particular, the strong support by the Brussels government and the legal recognition of the CLT Bruxelles (CLTB) in the Brussels Housing Code in 2012 (as a non-profit association and a public utility foundation) represented the crucial stage for the implementation of the CLT model in the region[3]. In particular, in the framework of the Alliance Habitat regional governmental plan for increasing the social housing stock, the Brussels government have allocated 2 million euros per year to CLTB for the 2014-2017 period. Actually, in addition to L’Ecluse project, CLTB has planned to complete three other projects (Arc-en-Ciel, Le Nid, and Lumière du Nord) by the end of 2018, while three more have just got started in the past few years (Rue Liedts, Transvaal, and Tivoli). Three other projects are currently under study and evaluation. 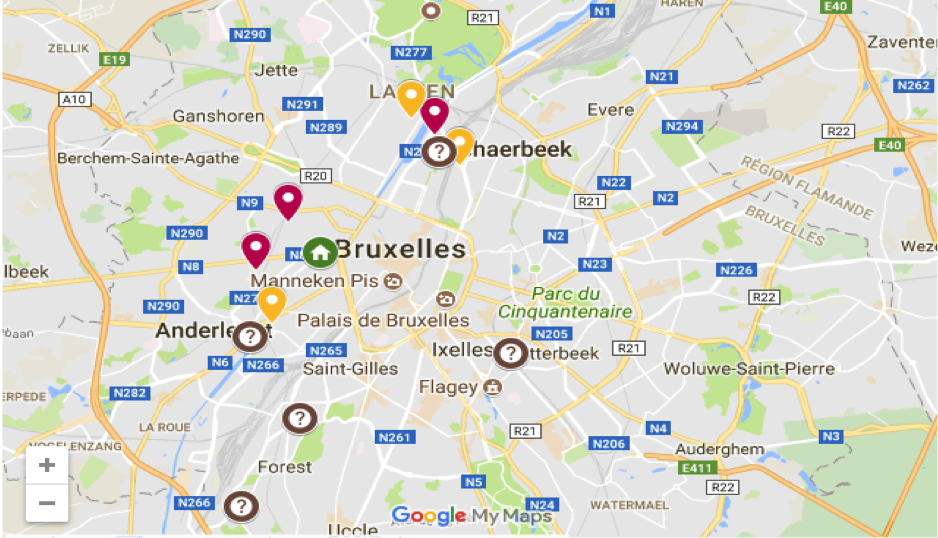 In the wake of the successful implementation of CLTs in England and Brussels, the interest for the CLT model has risen in France. At the end of 2013, the association Community Land Trust France “Pour un foncier solidaire” was created to promote the principles and values of CLT, and to adapt them to the French context, while at the same time increasing awareness among groups and landowners[4]. Since then, CLT France has regularly taken part in the working group headed by the Ministère du logement et de l’habitat, and contributed to the adoption of new legal structures to implement CLT in France.

On the basis of the results of this consultation phase, the Loi ALUR 2014 introduced the Organismes de foncier solidaire (OFS) in the Code de l’urbanisme[5]. OFS are non-profit organisms whose activity is totally or partially devoted to the acquisition and management of improved or unimproved building land, and whose main goal is to provide affordable collective housing and related services to be rented out or sold to income-qualified people. Since the main feature of the OFS, which are based on the CLT model, is a split in the ownership of land and improvements, the adoption of a new type of lease was supported by CLTF, and finally approved by an ordonnance in July 2016[6]. The legal discipline of the bail reel solidaire (BRS), which is meant to be primarily used by the OFS, is now included in the Code de la construction et de l’habitation (CCH)[7]. Very recently, a series of decrees have provided a more detailed regulatory framework for the practical operation of OFS[8] and BRS[9], so removing the remaining obstacles to the implementation of CLT in France. Following these substantial changes in the French legal landscape, CLT projects are likely to flourish in the coming years.

[4] Cfr the press release issued after the association was created, available at http://www.communitylandtrust.fr/clt-en-france–c1/creation-de-l-association-clt-france–66