Waiting for the 8th & 9th of April 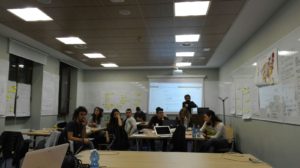 On the 5th of March 2016, at the LUISS Campus of Viale Romania, LabGovers came together to discuss and find solution to the problems related to the School Pisacane. They divided themselves in five groups in order to organize the various activities for the days of 8 and 9 April. Each group had it’s own task. This division in groups allowed the labgovers to organize every single aspect of those two days of celebration at the school Pisacane. Two were the main issues of every discussion in each group: the sustainability and the duration of the effects created by the intervention of LabGov at the school Pisacane. The first group focused on different possibilities of games for the children involved in those two days; the second group had to think about a serious matter: cleaning the schoolyard and keep it clean also on the long term.  The third group paid 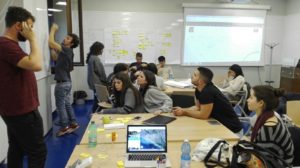 attention to the communication of the event, by preparing the script for a video that should narrate the event and explain the experimentations made by LabGov. A concrete sign of the intervention of the LabGovers was developed by the fourth group and it is the realization of small gardens for the schoolyard, realized by the children of the school with the help of the LabGovers and the parents and the teachers. The fifth group looked after another relevant feature: the illumination of the schoolyard; this is a problem underlined by the teachers and the parents. This day of reasoning and researches gave the labgovers the opportunity to improve their knowhow in organizing events and in taking care of a common good.