But what does it mean exactly for a city to be “smart”? Although many attempts have been made at defining the main attributes of a smart city, there is currently no consensual academic definition. Bianca Wylie considers that behind the smokescreen of the marketing language, it is simply a term “usually used to describe the use of technology and data in cities”[1]. As such, the smart city is often criticized as a concept which only focuses on technology to depoliticize urban phenomena, ignore issues of social justice, and favour new incursions of large tech firms in the shaping of urban infrastructures. Other authors try to define the smart city in broader terms that go beyond the sole focus on technology. Gillinger et al. (2007[2]) for instance, ranked 70 European cities on six dimensions: smart economy (competitiveness), smart people (human and social capital), smart governance (participation), smart mobility (transport and ICTs), smart environment (natural resources), and smart living (quality of life).

ICity Rate’s ranking is based on the analysis of 15 dimensions, including social (social inclusion), political (civic participation), economic (economic solidity), technological (digital transformation), and environmental ones (green infrastructures). Milan mostly owes its first position to its results in terms of economic solidity, research and innovation, employment, and cultural attractivity, while it scores far lower on environmental dimensions (e.g. land and territory, air and water). The fact that Milan only reaches the second place on the Italian Smart Index 2016, is probably due to the much greater focus this ranking put on technological dimensions.

In this short piece, we propose to discuss what makes the originality of Milan’s approach to the smart city. To this question, we will answer that its originality essentially resides in its model of participatory governance and social innovation.

The development of Milan’s smart city approach can be traced back to the election of Mayor Giuliano Pisapia in 2011, at the head of a left-wing coalition. That year, Milan’s city council voted a Local Government Plan focusing on issues of greening, infrastructures, and public services. The plan both required citizen’s participation from the early stages of the process and promoted the contribution of private actors (non-profit and for-profit) to public interest objectives. The Plan did not specifically focus on the development of ICTs. However, many of its programs were later reframed and integrated to a wider smart city strategy, that implied increased investments in ICT infrastructures.

In 2012, the municipality chose to adopt a strategy based on coordination rather than implementation, in the construction of its smart city agenda. The responsibility for the coordination was given to two members of the municipal administration: the Councillor for Employment Policies, Economic Development, University and Research, and the head of the department in charge of Economic Innovation, Smart City, and University. The coordination developed was simultaneously internal – assuring the coherence of the multiple smart-related projects within the municipality – and external – assuring the coherence of the interactions between the different stakeholders and the citizens. The smart city strategy was co-produced with the citizens and selected categories of stakeholders (firms, universities, financial institutions, the third sector, other public administrations). In the consultation process, six working groups were created corresponding to six smart city pillars (smart economy, smart living, smart environment, smart mobility, smart people, smart governance), and one large public and participatory event was organized for each pillar. The Chamber of Commerce of Milan was also actively involved in the organization of the process. 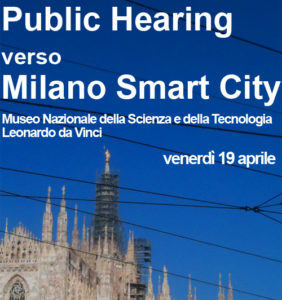 This model of participatory governance based on coordination, facilitation of co-creation and shared decision processes, shows the specificity of Milan’s approach to the smart city, as opposed to, Barcelona’s smart city model for instance, in which the public hardly participates to anything (Gasco et al. 2016[3]). Apart from the overall construction process of the smart city strategy, other specific projects illustrate the participatory model of Milan’s smart city approach. For example, Milan has decided to manage 9 million euros of its budget through a participatory approach. Within the four months following the launching of the project in July 2015, 60 meetings were organized throughout the city to collect suggestions and proposals from citizens. These suggestions were then processed by nine working groups, that received the support of the municipality’s technical staff and have been attended to by more than 200 citizens.

Since the election of Mayor Pisapia in 2011 and continuing with the election of Mayor Sala in 2016, Milan has chosen to put social innovation at the centre of its smart city framework. This means that the framework is not only about the promotion of ICTs in the making of the city, but is essentially concerned with addressing relevant social problems and promoting a sustainable and inclusive model of development. Armondi and Bruzzese (2017[4]) claim that “social innovation, as a principle, can be assumed to be the antithesis of the conventional smart city rhetoric”, and even that “the “Milan model” of smart city policy has the potential to contest the existing neoliberal smart city framings criticized in literature”. While we should probably remain sceptical at such enthusiastic statements – especially considering the large influence the private for-profit sector had in shaping and implementing Milan’s smart city strategy – we must acknowledge that the municipality’s insistence on social innovation, far from being mere rhetoric, is rather substantial.

A result of the consultation process previously described, was the delineation of the “Milan IN-Policy” which has two interrelated dimensions:

An essential leverage to achieve these objectives has been the renovation and reuse of vacant public real estate, related to the Municipality resolution n. 1978/2012. Numerous buildings owned by the municipality contain abandoned spaces which have lost their original functions (they used to be shops, workshops, warehouse, offices, recreational spaces…). The city owns 869 of these diverse units, the average surface of which is of 60 square meters. The city also counts about five million square meters of former industrial areas, that have been progressively abandoned with the decline of the industry since the 1980’s. These sites usually do not belong to the municipality but are left unused in a context of stagnation of the real estate market. The municipality’s smart city agenda has thus been focusing on these spatial opportunities, by renovating vacant public properties and supporting private actors willing to renovate abandoned industrial sites. The municipality has invested 1.5 million euros in the restoration of public buildings, which resulted in the regeneration of approximately 300 spaces. 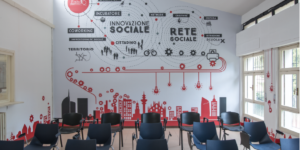 Here are some of the results of this policy: 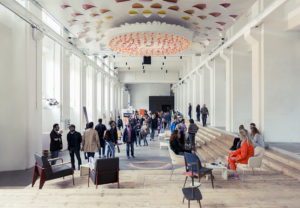 Gascó, M., Trivellato, B., & Cavenago, D. (2016). How do southern European cities foster innovation? Lessons from the experience of the smart city approaches of Barcelona and Milan. In Smarter as the New Urban Agenda (pp. 191-206). Springer, Cham.

Smart cities: Ranking of European medium-sized cities. Vienna: Center of Regional Science.
Quoted in Gascó, M., Trivellato, B., & Cavenago, D. (2016). How do southern European cities foster innovation? Lessons from the experience of the smart city approaches of Barcelona and Milan. In Smarter as the New Urban Agenda (pp. 191-206). Springer, Cham.

[3] Gascó, M., Trivellato, B., & Cavenago, D. (2016). How do southern European cities foster innovation? Lessons from the experience of the smart city approaches of Barcelona and Milan. In Smarter as the New Urban Agenda (pp. 191-206). Springer, Cham.