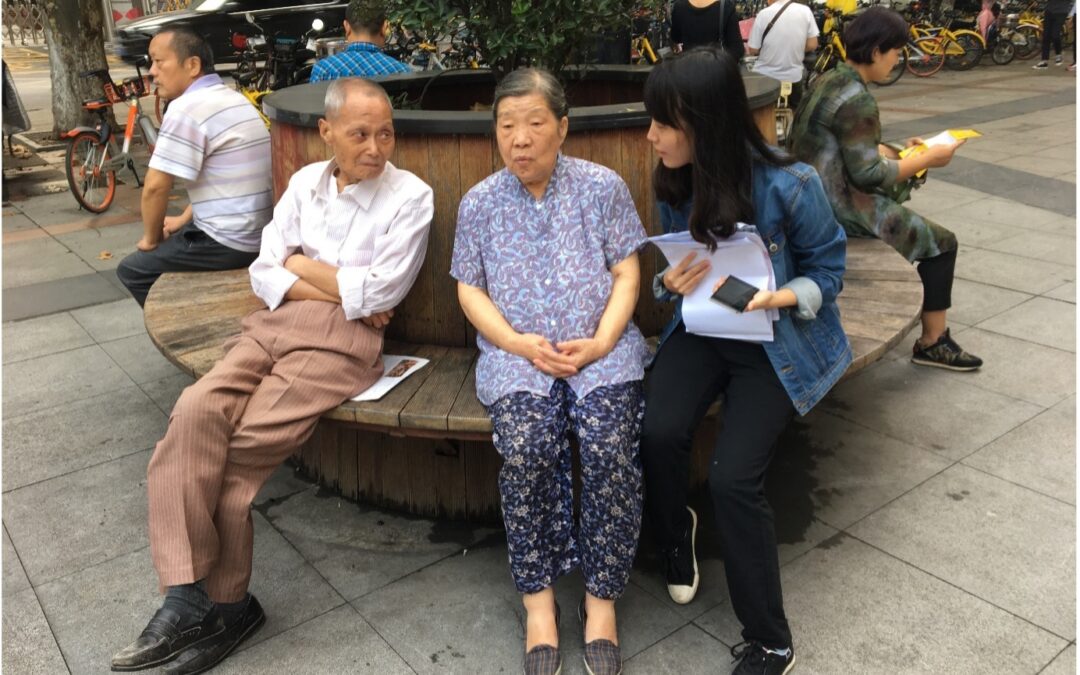 UN-Habitat is supporting cities to develop evidence-based public space policies and strategies through a community-led initiative.

Quality public spaces are a vital business and marketing tool as cities increasingly compete to attract investment, new residents, businesses, and visitors. As urban population grow, the effective management and sustainability of this growth including the needs and demands of the citizens especially the most vulnerable becomes critical. While cities and local governments recognize the importance of public space and have made efforts to use public space to transform their cities and neighborhoods, these efforts have been primarily site based. These site-based approaches can be scaled-up to many sites across the city but cannot provide distribution, connectivity, accessibility, or programmatic diversity of public spaces. Little effort has also been made towards developing city-wide public space strategies[1] and particularly involving the public in the development of policies. Without this city-wide approach to public space, there has been a growing trend on privatization, grabbing of public land, disappearance of public spaces and eventually creating inequal and segregated cities.

National and local governments need to recognize the role of good quality network of public spaces as a promoter of equity and prosperity. It provides the best means to manage urban growth, support economic development, protect the environment, and promote overall well-being of communities. However, this can only be achieved when cities correct imbalances in public space supply, distribution and quality in different neighborhoods and settlements within the city. Notably, during the COVID 19 pandemic, public and green spaces have become critical areas for containment, testing and for decongesting crowded markets. They offered the much-needed refuge where individuals can be in public, while safely practicing social distancing measures outdoors. More than ever, it has become critical for cities to understand the state of their cities in terms of the spatial distribution and quality of their public and green areas

To support local governments to include a network of public spaces as part of their development plans, UN-Habitat developed the city-wide public space inventory and assessment tool. This tool has been designed as a flexible framework to aid local governments and partners working in public spaces to assess the network[2], distribution[3], accessibility[4], quantity[5], and quality[6] of their public spaces in a cost-effective way. The tool takes a participatory and communityled approach that aims to determine priority areas and sectors of intervention – both spatial and non-spatial– that government and private entities can take to address them.

The city-wide public space inventory and assessment is a digital tool developed to assess public spaces in cities and identify gaps for the development of long-term public space strategies and policies. It utilizes a digital questionnaire that can be contextualized to fit different contexts and priorities. Therefore, the assessment could either be formulated to capture the broad and diverse aspects of public space or it can emphasize certain thematic or geographical areas. Application of the tool provides a basis for the actual state of public spaces in the city; that includes the state of public space, the problems, and their causes. Mapping of the supply, quality and distribution of public spaces are important, in order to determine priority areas and sectors of intervention, this included institution,financial and regulatory frameworks. It also identifies where public spaces may be lacking, areas where there might be over provision, poor quality public spaces or poorly located public spaces and where there are opportunities for improvement to meet the local needs. This approach supports the development of evidence-based policy, regulatory and spatial strategy development as well as provides a potential to reorganise institutional set-up and financial mechanisms within the city.

A city-wide public space assessment can be commissioned by a local government due to several reasons, which could be:

The process of conducting a citywide public space assessment has been designed into four parts that are progressive with outputs that are as important as the process and social inclusion being considered at all stages of the process. The process includes (i)pre-field work, (ii) data collection, (iii) reporting and (iv) post city-wide assessment. Each of these parts has steps that should be followed with activities, tools and inspiring cases that are drawn from partners and UN-habitat’s experiences working in cities. UN-Habitat recommends that each city follows the process to guarantee long-term appropriate provision, quality and accessibility of public spaces. However, it recognizes that cities are different with different capacities and are at different stages of development. Therefore, depending on the objective of the city and the level of public space provision there are certain steps that are not mandatory to undertake.

NOTE: The process is modified depending on the needs and capacity of cities.

Since 2015, the tool has been regularly updated with feedback from its application in a variety of urban contexts. It has been applied in 30 cities and engaged approximately 1,750 data collectors with every city having different thematic entry points such as children, safety, markets, women, heritage etc.

Through the application of the tool, 40 training sessions to local governments, community members and volunteers have been conducted on the use of the tool but also the importance of public space and the need for data and participation for policy and strategy development. There have been over 25 visioning workshops to develop recommendations and strategic interventions for the cities. There has also been a keen interest by other cities to use this tool for their own citywide public space strategy work. The tool is also key in monitoring and reporting on SDG 11.7 as well as toward the implementation of the New Urban Agenda.

In 2017, UN-Habitat supported Wuhan Lands Use and Spatial Planning Research Center to undertake a district-wide open public space inventory and assessment. This came at a time when public spaces in the district were being commercialized and threated by the expanding city structures. A training was done for the local government, Wuhan Land Use and Spatial Planning team and data collectors. The result of the city-wide public spaces assessment showed that Jiaghan district falls short of standards set by the National Ecological city of 11m2/capita as well as the international standard of 9m2/capita. Total green public space was just 2.2m2 per capita. Being the densest and least spacious district in Wuhan, Jianghan has to find innovative ways to counter this trend. Moreover, the increase of urban environments in Jianghan District has left public spaces to be derelict and therefore decreasing public space’s function.

These results led to the development of a public space strategy for the district, with an ambitious vision of having “Public Spaces in Jianghan District to be of High Quality, More Accessible, Unique and Diverse.” This vision came with clear goals and objectives to achieve it. To achieve these goals and objectives, a phased implementation was proposed, combining near-term (2017-2022) and long-term (2023-2030) development projects. These was to ensure that upgrading of public spaces to enhance their quality was supported by a long-term green network plan in the district. One public space was selected for upgrading and was implemented in 2018. UN-Habitat together with WLSP will monitor and evaluate the achievements of this strategy.

To support the “HAYA” Programme “Eliminating Violence Against Women in the West Bank and Gaza Strip”, UN-Habitat in collaboration with Ministry of Local Government, the community, academia and private sector to conducted city-wide public space safety audits in five cities in Palestine; Khan Younis, Jenin, Nablus, Jericho and Bethlehem Cluster of Ad Doha, Beit Sahour, Beit Jala and Bethlehem. The aim was to understand women’s and girls’ safety concerns in public spaces and to develop city-level public space strategies that will feed into the national public space policy development process.

Through the participation of over 150 active members of the local community including women associations, journalists, local NGOs, International NGOs, handicapped related associations, Ministry of Education, and youth activists; in addition to UN-Habitat, municipality, other municipalities, and representatives of local universities, recommendations were made for each city. Public space strategies that are proposed for Palestine Territory to promote safety and enhance social cohesion include; 1. spatial (reducing spatial inequality by ensuring public spaces are equally distributed within the cities),  2. social (re-integration strategies such as improving public spaces and creating shared spaces by reducing car movement, promoting diversity and social programming in public spaces to reduce perception of unsafety and increase “eyes on the street”, improving infrastructure to support the active use of public spaces) and 3. promote good governance (provide for rules of use in public spaces and apply penalties for all forms of violence against women in public space and ensuring maintenance of public spaces in order to avoid them being perceived as abandoned and thus attracting crime and antisocial behaviour). Public spaces were also prioritized for upgrading based on these assessments and it will lead to the development and regeneration of five safe and inclusive public spaces in the targeted Palestinian Cities.

It has become evident, through the application of this tool in 30 cities, that the task of planning and designing city-wide networks of public spaces is not only to deliver equity in spatial distribution and gain from the wide benefits that public spaces have but must also simultaneously design frameworks that will allow those plans to take place effectively and democratically. The process must therefore be anchored on a firm understanding of the role of stakeholders and the socio-political context where these plans and designs take place, but more importantly, should stem from the voices of those these plans are supposed to serve.

Participation is one of the tools that can limit bias in the planning public space. The city-wide public space assessment tool has therefore been anchored within a flexible framework where local governments are able to design new relationships between civil society, the private sector and communities and understand the state of public spaces, gaps and opportunities in the legal and institutional systems, existing forms of partnership and financing mechanisms to develop inclusive and evidence-based city-wide public space strategies. The tool is also applicable in varying contexts and can be adapted to fit priorities of a city and has shown that the inclusion of communities as key stakeholders in the planning process is necessary if actions towards acceptable or desired outcomes are to be met.

[2]  A system of public spaces

[3] Spatial balance of public spaces across the city

[7] By 2030, provide universal access to safe, inclusive, and accessible, green, and public spaces, particularly for women and children, older persons and persons with disabilities

[8] Public space strategies can range from thematic ones such as public space and health strategy, by typology such as a park strategy, or an activation strategy for public spaces or public market strategy. They can also be ambitious and incorporate several themes and typologies. This is, however, dependent on the objective of the city

[9] In this case, cities are able to develop strategies within clearly defined jurisdictions. It also becomes easy both in terms of gathering statistics and politically. Additionally, administrative units are frequently those for which policies are implemented.

[10] It is important to note that in some contexts, urban extents go beyond the administrative boundary of the city and may include other cities/jurisdictions. Therefore, a clear governance structure needs to be set-up.