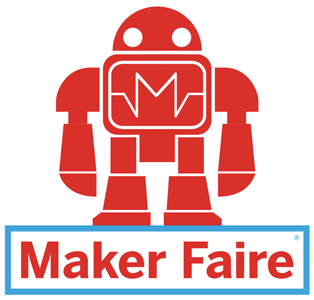 On September 20th and 21st, 2014, New York will host the 8th edition of World Maker Faire. The first edition of this annual event has been in 2006. Everything was and is being possible thanks to makers, to people and to sponsors that believe in the change. The Maker Faire is linked to the Maker Movement, and the last year produced 98 independent Mini and Featured Maker Faires.
However, what really is the Maker Faire?
In one sentence, it is an appointment with the innovation.
But, if we want to think about Maker Faire, we have to take into account three keywords: creativity, innovation, sharing.

In conclusion, the World Maker Faire New York can be considered like the greatest worldwide event about innovation and creativity.
The founder of the Maker Movement, Dale Dougherty, said: “I believe we are all makers […] My goal is that all people, young and old, come to see themselves as makers, creators and doers because I know that the people who have the skills and knowledge to make things have the power to make the world a better place.” 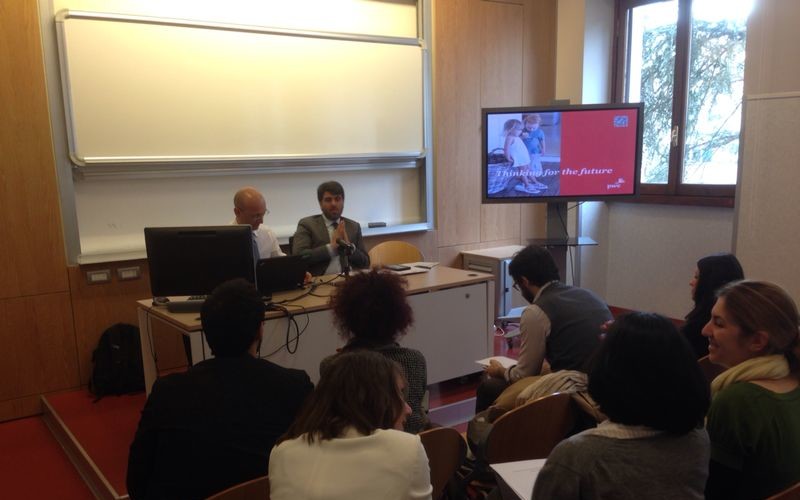 MEETING MINUTES 4TH APRIL 2014
On the 4th of April 2014 LabGov hosted a meeting about Social Innovation with Massimo Pellegrino (PriceWaterhouseCoopers’ partner) and Domenico Agnello (Temporary Reasearch Associate of University of Palermo).
Domenico Agnello focused on the theoretical framework that lies behind the idea of “Smart City”, that can be seen both as a eco-social transformation tool binded to the new technologies and the reorganization of the capital (with no negative affection) over new processes. Usually a prescriptive vision is used to describe a modern situation that is always changing.
The first concept of “Smart City” was the Renaissance city, because the university was connected with the city, but nowadays it creates some issues regarding the participation of the citizens, due mostly to the fact that not all of them, mostly on the suburbs area, can benefit equally from the opportunities given by a “Smart City”. Other problems might derive from the difficulties regarding the maintenance of a network of participation and the modification of the language used by the population: a “social” language prevents a pedagogical function about the “Smart City” issue. A way to overcome this problem could be betting more on the social networks in order to create a smart and pedagogical society.
Several authors discussed such arguments, like Moses; his idea can be divided into “Moses I” and “Moses II”.
• MOSES I: architectural planning based on a common sentiment: modern and similar to the Enlightment  idea, a Roosveltian planning.
• MOSES II: his planning lost some of its previous “social relation”: keywords are modernism and self-referring progressivism.
Another possible solution could be a limited democratic individualism. The problem lies in the fact that in the modern society every project must be “super-performing” since the beginning, and a smart project got some difficulties to be immediately performing.
Massimo Pellegrino focused on the new technologies that might be used in a “Smart City” and how new  technologies affected the perception of the passage of time. He explained the theory, developed in the United States, called “Transhumanism” by Ray Carlswell: the speed of the sequence of changing of technologies can be expressed by the theory of accelerated exponential returns. This changes also affects people’s mind.
So what can be done for the “Smart Cities”? Since it is impossible to plan something in a deterministic way due to the fact that society is continuously changing, the only thing logic to do is to try to orient the population, by creating projects that can adjust to the modern society:
• It is important to define the service models, and this includes define a specific goal, the security standards and identify all the relevant stakeholders.
• Analyze all the possible solutions by also studying all the relevant research made by others.
• Prioritize.
• Fund raising.
• Predict the impacts of what your project will have.
• Create a functional Road Map, a project plan. 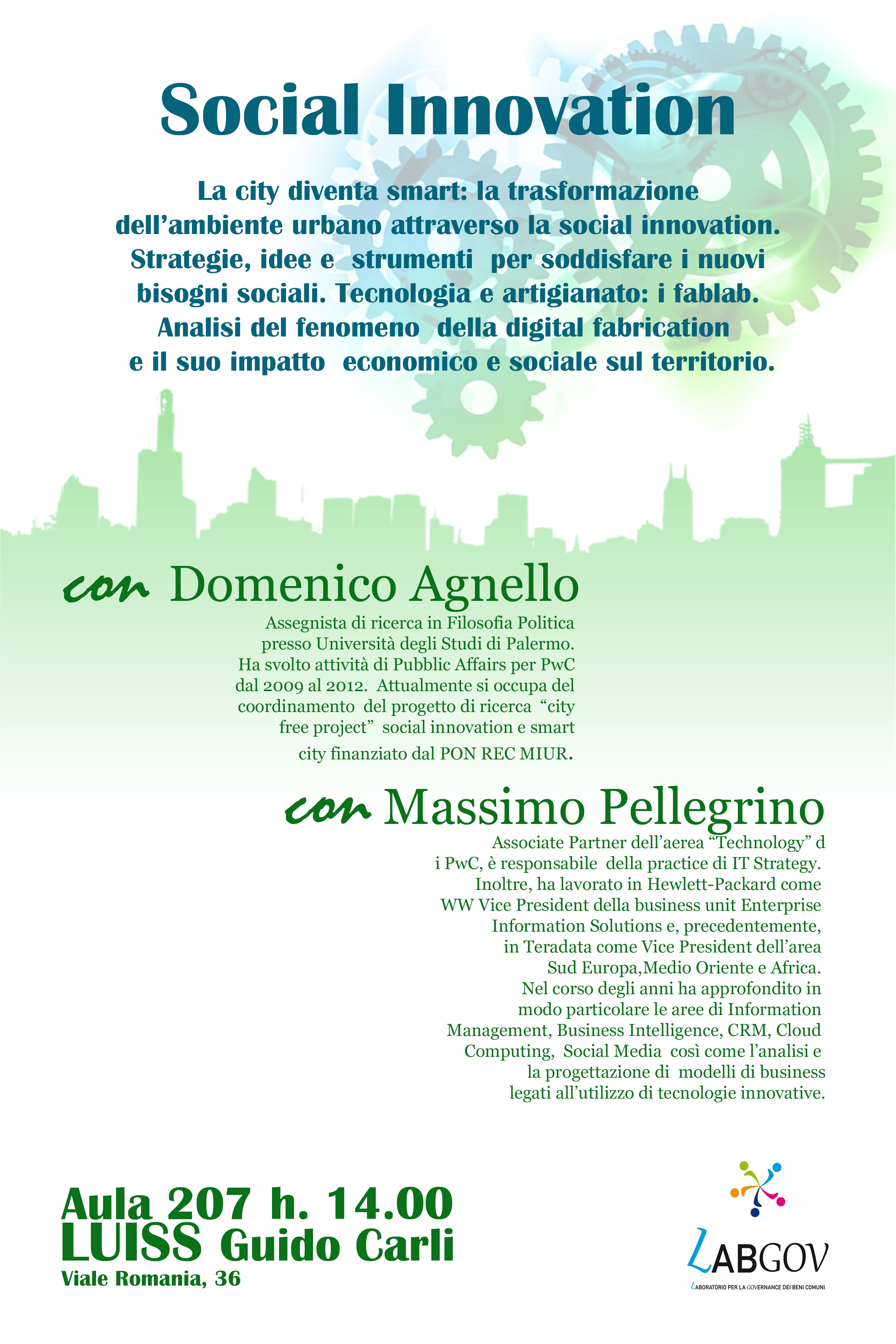 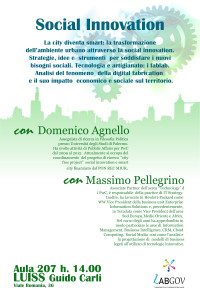 The speakers will talk about Social Innovation: the smart cities. From urban ecosystem to strategies on how satisfying people needs, from FabLab to the social and economic impact of digital fabrications.

Domenico Agnello previously worked for the Pubblic Affairs area in PwC – PricewaterhouseCoopers. Now he is the coordinator of the research project called “City free project” social innovation and smart city.

Massimo Pellegrino is Associated Partner in the “Technology” area of PwC and he is in charge of practice of IT Strategy.

Labgov is waiting for you! 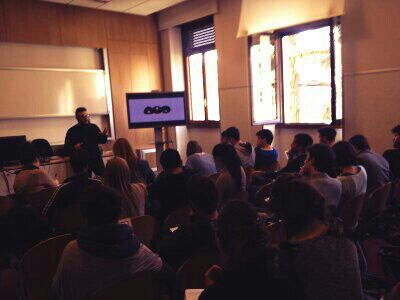 Human Ecosystems: open data and sentiment of the city 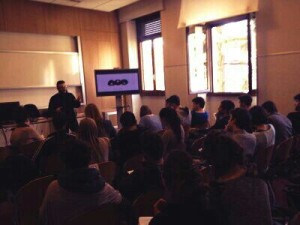 The meeting was held at LUISS Guido Carli, Viale Romania 32. The purpose was to get to know the artist, engineer and hacker Salvatore Iaconesi and Oriana Persico with their andinternet portal available at www.artisopensource.net.

As reported on the homepage, AOS is an international informal network exploring the mutation of human beings with the wide and ubiquitous accessibility and availability of digital technologies and networks.

We move across arts and sciences, using technology, communication, performance, art and design, to instantiate emotional actions and processes that are able to expose the dynamics of our contemporary world.

We do this in academic, artistic, business and activist domains and, actually, we are focused on moving fluidly among each of these spaces. The portal was born in 2013 with a technical, digital and technological intent. We can refer to it also as a multidisciplinary network of interaction among architects, artists or scientists.

Comparison with LabGov: as a matter of fact, the aforementioned laboratory activity is an example of place where “you can do something with talent”. It is an out-and-out principle of (wiki)subsidiarity – shared digital infrastructure.

How do societies change with technology? – The starting axiom is that technologies are omnipresent ; having acknowledged this, we can thus affirm that their change affects inter-individual relationships.

How do we perceive change? – According to Iaconesi, art can be considered as sensor of contemporaneity (a good artist cannot avoid being contemporary, because as a detector he “senses” things from his perspective. Artists = Scientists).

AOS’s point of view – there currently are many criticisms to technology. Specifically, obscurity, incompleteness, ignorance. Example: open data. The main characteristics of these tools should be set as follows:

The four main characteristics should coexist following the principle of transparency. But the bug is very evident: they cannot, right now, exist simultaneously because, for example, completeness and celerity in finding info represent a paradoxical pair!

What is missing from freedom and accessibility? – Desire. This, more than anything else, originates complete knowledge and has a pivotal position among the sharing network.

It is a fake agency aimed at collecting from all pornography websites the comments of the users who left their phone numbers or email addresses. The agency would have then created paintings with those data and sold hem for 50€. In very few weeks, more than 400.000 users tried to access to the info of the website (for 10€) in order to remove their name from the database (for 1000€).

→ in reality it was a scientific research to demonstrate the perception that individuals have of their own privacy and security.

→ the aim of the research was to present a kit of privacy protection to the administrative offices of the White House.

HUMAN ECOSYSTEMS – it is a family of real-time system capturing information from social networks to visualize the human geography of cities, across space, time and relations. We can talk of Human Ecosystems as “compasses” that detect the feelings of the users who interact. They serve as guidance on maps that make us perceive what kind of role everyone is covering at a given moment. It has been identified several role, such as the Influencer, the Hub, the Bridge, the Simple Node.

– ECM1 space – the Cultural Ecosystem of the city of Rome: Space

– ECM1 time – the Cultural Ecosystem of the city of Rome: Time

What is the aim of those ecosystems? – with this modality, you create named places that are places shared by a community, where you create linguistic contexts decoded for the users as a bottom up approach . After the presentation, professor Arena, professor Iaione and the class have been wondering about the effects that an hypothetical human ecosystem could have on the topic of “care of the commons”. Specifically, professor Arena stated that “supposing we are a municipality in which a community takes care of those commons, is it possible to detect who are the leaders and/or the experts – they may or may not coincide, according to the degree of personality and influence on a group”.

Professor Iaione admitted that the open source model that seemed so futuristic as a mean of interaction is instead at disposal of every national and international position, except citizens that as first users of the service are totally unaware!

Finally Salvatore Iaconesi presented a model of shared activity, focusing on the LAB, an out-and-out knowledge incubator to

– learn how to communicate

– learn how to do (urban) research

– learn how to use the model as an art catalyzer

– learn how to cooperate

– learn how to organize.

To make the model real are necessary three subject of actuation:

– research (guarantee of the public space) 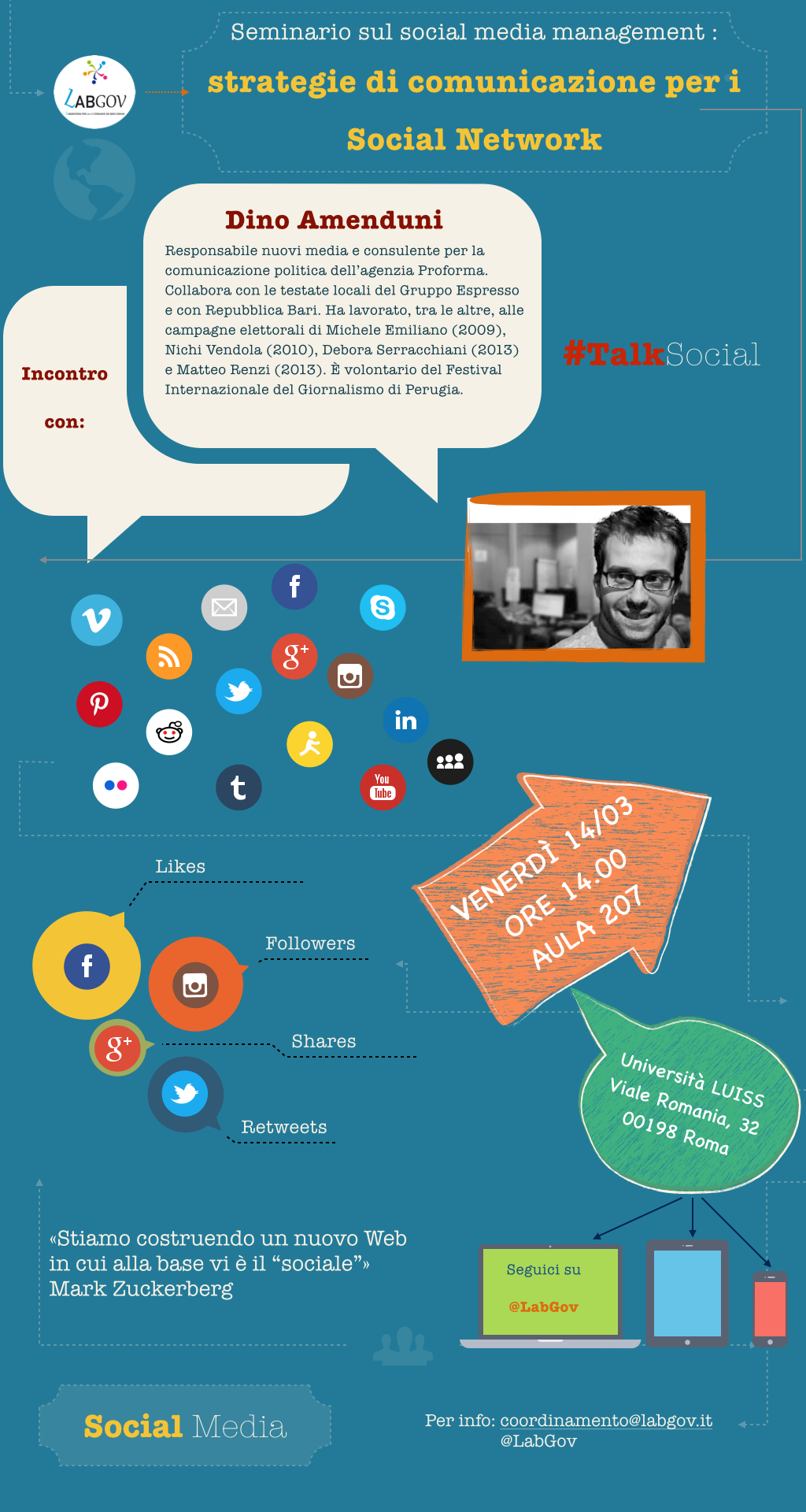 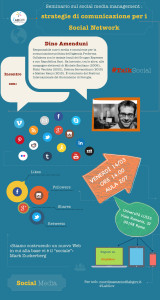 He collaborates with the local newspaper of Espresso Group and with Bari’s Repubblica.

Amenduni worked for political campaign of Michele Emiliano (2009), Nichi Vendola (2010), Debora Serracchiani (2013) and Matteo Renzi (2013). He is a volunteer in International Festival of Journalism in Perugia.

Labgov is waiting for you!