Cities as Commons: the Italian constitutional clause of horizontal subsidiarity comes to life in Bologna. 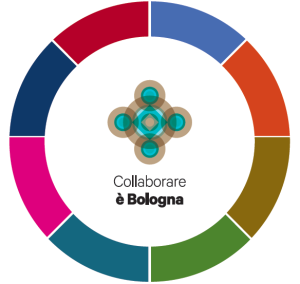 From the streets of Bologna to the Italian Constitution, a newly conceived local regulation on public collaboration for urban commons.

Collaborative governance will become the salient characteristic of the City of Bologna and paragraph 118(4) of the Italian Constitution, introducing the principle of horizontal subsidiarity, will finally become the keystone of a new relationship between cities and governments. Horizontal subsidiarity demands all levels of governments to find ways to share their powers and cooperate with single or associated citizens willing to excercise their constitutional right to carry out activities of general interest.

The project “City as a Commons” has demonstrated that a partnership between public administrations and citizens is today possible.  Public administrations shall no longer govern only on behalf of citizens, but also together with citizens, acknowledging that citizens may represent a powerful and reliable ally capable of unleashing a great source of energy, talents, resources, capabilities, skills and ideas that may be harnessed to improve the quality of life of a community or help contribute to its survival.

The City as a Commons project started in June 2012 thanks to an initiative of Fondazione del Monte di Bologna and Ravenna led by professor Marco Cammelli. The Cities as a Commons project is based on the “City as a Commons” background study presented at a workshop held in Imola on December 11th, 2011 organized by professor Cammelli in his capacity as president of the Scientific Committee of  Fondazione Cassa di Risparmio di Imola. After the Imola workshop, the idea was presented to the City of Bologna and the Mayor of Bologna, Virginio Merola, decided to run an administrative experimentation program entrusting the project supervision to Commissioner Luca Rizzo Nervo and Director General Giacomo Capuzzimati.

The project applied an empirical approach. First a research unit collected, studied and analyzed cases already carrying at least some collaborative governance features in Bologna and other cities with the aim to demonstrate how this model of government could be useful to update the traditional paradigm of government and was already being implemented by the City of Bologna without being full aware or not harnessing its full potential. The research unit organized then a training program for the internal administrative task force coordinated by Donato Di Memmo, coordinator of the Active Citizenship Office and established within the Institutional Affairs and Decentralization Department led by Anna Rita Iannucci. The research unit and the administrative task force formed a project steering committee and together designed experimentations to get to a prototype of a governance/regulatory tool based on the principle of horizontal subsidiarity and on collaborative governance mechanisms.  City officials, with the help of a local partner, facilitated the birth of experimental partnerships between the City and local residents with regards to the management of three urban commons (e.g. a public square, a piece of the lengthy network of the so-called “portici” and a public building, all assets in need of cooperative placemaking). On the basis of the lessons learned on the field through the experimentations and after all the necessary tests and analysis on the current national, regional and regulatory framework, three City officials, Donato di Memmo, Chiara Manaresi, Antonio Carastro, and two external experts, Gregorio Arena and Christian Iaione, received from the Mayor of Bologna the mandate to draft an innovative piece of local regulation. The draft was then subject to public consultation and reviewed by some of the most prominent Italian administrative law scholars.

On February  22nd, 2014 the results of the project were presented in Bologna. On that very day the draft of the Regulation on collaboration between citizens and the city for the care and regeneration of urban commons was unveiled and submitted for final approval to the City Council which finally received approval on May 19th, 2014. The project has been awarded the Medal of Representation of the President of the Italian Republic. The Bologna regulation on collaborative governance of urban commons  has been proposed and made available to all Italian cities and Mayors. The cities of Siena, Ivrea, L’Aquila have already approved almost identical regulations. Many other cities like Genova, Palermo, Firenze, Bari, Salerno, Rome are considering the adoption of the Bologna regulation. The City of Bologna is now working on a new public policy called “Collaborare è Bologna” based on the regulation on public collaboration for urban commons and is willing to act as a mutual learning laboratory for any city official, public servant, expert, scholar, activist or citizen willing to work on the advancement of the social, economic, political, urban transition towards the “co-cities” paradigm.