Small installations for the self-generation of renewable energy cover the 22 % of the national production of electricity. Those numbers would have been incredible just few years ago. This trend is mainly driven by Photovoltaics; solar panels are the lowest ones in terms of investment and they can be easily installed. Furthermore Italy is well known all over the world for his sunny weather.

What are the reasons of this huge success? Why has this bottom down revolution become so important today at a national level? One of the reasons of this enormous success is represented by the portion of energy produced that is destined to be sold. In fact the 22% of the energy produced is destined to self-consumption, while the 88% is introduced in the national energy net. The great majority of those Italian families  sell their energy to the State. By selling it the small producer can afford to maintain his personal energy production system ; he can also repay the investment made in the installation’s phase.

Beyond the economical reasons Italians are making another argument. The preservation of the environment is truly important for the policies of the national governments and of the European Union. There is awareness about the climate change and Italians know they can make the difference in preserving the environment.

As already mentioned this is a bottom down revolution. A lot of families have decided that producing energy at home is a better choice on multiple levels. It is better for the families’ economies and for the environment as well. In fact “self made” energy has a low impact on the environment. Those are the two main reasons of the success of this revolution.

Last but not least: the government’s incentives. Those numbers wouldn’t have been so high without State’s investments.

LaRepubblica on the italian situation: 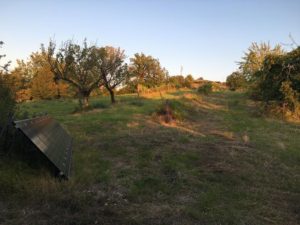