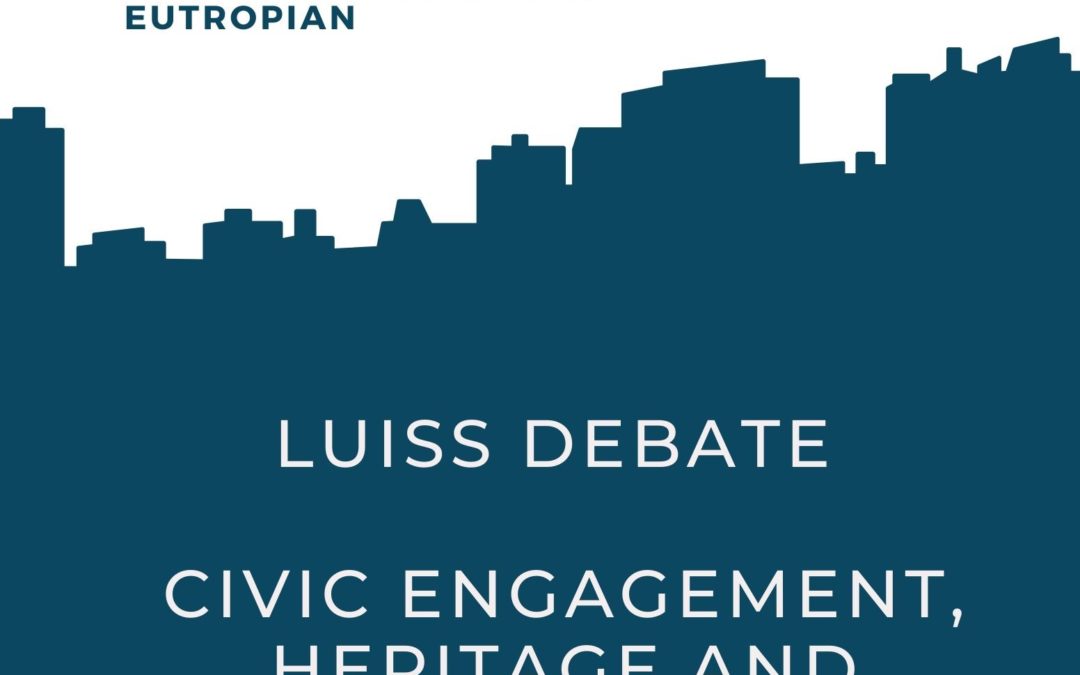 Save the Date! LUISS Debate on Civic Engagement, Heritage and Sustainability

Link to the event.

A public debate on “Civic Engagement, Heritage and Sustainability” will take place on December 9th 2019 at the LUISS University’s Viale Romania campus (find the details here) as a side event to the third Consortium Meeting of the Horizon2020 project “OpenHeritage.Eu”, a pioneering engaged and problem-based research project on community-led sustainability mechanisms for cultural heritage in cities, organized by Luiss LabGov.City and Roma 3 University Architecture from December 8th through December 10th.

The debate will host scholars, international, European and national public institutions to stimulate a discussion about civic engagement and sustainability (social, economic and environmental) as cross-cutting principles for cultural heritage governance and applied research to trigger sustainable development processes at the local level.

The Luiss debate will be focused on one side on the role of Universities and other knowledge institutions like cultural NGOs and independent research centers as problem-based and engaged institutions and on the other side on the role that participatory governance in the cultural sector can and should play according the Faro Convention on the Value of Cultural Heritage for society and EU policies on participatory governance of Cultural Heritage.

Universities and other knowledge institutions like cultural NGOs and independent research centers are playing a key role in disseminating civic engagement around cultural heritage to generate economic, environmental and social sustainability in cities, which become laboratories of democratic, institutional and economic innovations based on culture. It is indeed necessary that Universities start experimenting people-centered, place-based, innovative and integrated approaches that can maximize the social and economic benefits in urban areas.

This requires a participatory governance approach that includes a broad spectrum of stakeholders that work together on experimenting innovative forms of financing cultural activities and cultural heritage through public-community partnerships.

Under this approach Universities and other knowledge institutions like cultural NGOs and independent research centers can act as platforms that enable cooperation among public, private, social and civic actors to generate direct and indirect social benefits on marginalised communities and target low-income areas to trigger sustainable development processes. The prototyping of sustainability models supported by multi-stakeholder partnerships that interpret the role of the knowledge institutions as an enabling platform for these processes and that enhance the role of civic and non profit actors, but also the implementation of the Faro Convention and EU policies on participatory governance of culture, might represent an innovative strategy to achieve the sustainability objectives promoted by the Agenda 2030 and its SDGs (e.g. “SDG 11: Make cities and human settlements inclusive, safe, resilient and sustainable” under which target 11.4 calls for strengthening efforts to protect and safeguard the world’s cultural and natural heritage and “SDG 17: Revitalize the global partnership for sustainable development” under which target 17.17 encourages and promotes “effective public, public-private and civil society partnerships, building on the experience and resourcing strategies of partnerships”).

Read more about the program and the participants here.

Save the Date! LUISS Debate on Urban Law, Innovation and Adequate Housing

On November 8, at the LUISS School of Law (Aula Nocco) in Via Parenzo 11 at 5:30 PM LUISS will host a Debate on “Urban Law, Innovation and Adequate Housing”. Among the speakers, S. Asadi (Human Rights Commissioner and head of the Human Rights Office of the City of Vienna), G. Crispi (UN Habitat, Urban legislation unit), S. Edwards (Secretary General Housing Europe), L. Montuori (Deputy Mayor for Urban Planning of the City of Rome), L. Talluri (President of Federcasa).

The eventi is connected to the applied research projects on the role of social housing in urban regeneration processes based on innovation and sustainability carried out by Luiss LabGov.City and by the recently settled center for research and competences BILL – Blockchain, artificial Intelligente, digital innovation Law Lab, and to the activities carried out within the courses of Land Use, Urban Law & Policy and Regulatory Innovation.

Link to the event: https://www.luiss.it/evento/2019/11/08/luiss-debates-urban-law-innovation-and-adequate-housing ﻿

Find more about the participants: 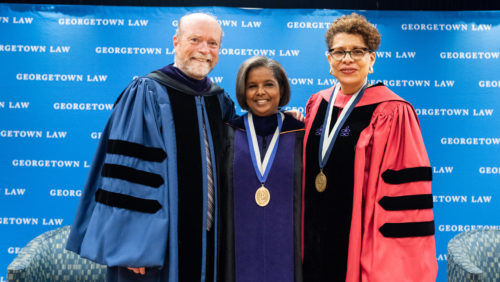 On October 2nd, Professor Sheila R. Foster, the co-founder of LabGov, was installed as the Scott K. Ginsburg Professor of Urban Law and Policy. At her installation ceremony she spoke about the challenges coming along urbanisation. Foster began by addressing the question ‘Who Owns the City?,’ referring to the growth patterns of cities and urbanisation. More precisely, she noted that “the most prosperous and economically productive U.S. cities and metropolitan regions have become exclusionary […] the exclusionary nature of our cities is aggravated by the temptation of local governments to commodify and sell land to the highest bidders‘.

In general, she summed up the cause and the solution for the problem with the following: “Simply put, cities and their metropolitan areas have become the economic engines of our country and are at the heart of problems of economic and spatial inequality — and arguably, solutions to this inequality,”

Foster, a co-founder of LabGov, has a joint appointment with Georgetown University’s McCourt School of Public Policy, writes in the area of Property, Land Use, Environmental Justice and Local Government Law. Her most recent work explores questions of urban law and governance through the lens of the “commons,” exemplified by her article “The City as a Commons,” in Yale Law and Policy Review (2016) and her forthcoming MIT Press Book, The Co-City.

The source of the featured picture: https://www.law.georgetown.edu/news/professor-sheila-r-foster-installed-as-the-scott-k-ginsburg-professor-of-urban-law-and-policy/