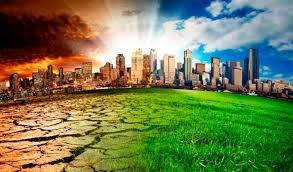 From students to cities: the world that says yes to the environment and no to climate change

If it wasn’t already clear, the recent marches all over the world have highlighted the need to seriously address the risks that climate change poses to our societies. From the ‘60s to today, the average temperature of the Earth has soared by 0.6 °C in some areas due to global warming. The level of CO2 in the air has never been so high since 800.000 years.

Fortunately, something is beginning to change. In the past months, the figure of Greta Thunberg has emerged. She is a 15 years old student and activist who is stirring the consciences of many young students like her.

On March 15th, students from all over the world walked the streets to make their voices heard urging a general awakening on the risks of climate change.

But there weren’t only the students to fight in support of the environment, indeed, in the civil society, the voices that rise in support of this cause are increasingly common.

For example, today there are several networks funded by Urbact, a European program aiming at promoting sustainable urban development, which focus on the theme of environmental protection and on the fight against climate change.

Among the most interesting ones, there is certainly BeePathNet. This network, which involves six European municipalities, sets the goal of dealing with environmental challenges, biodiversity and food self-sufficiency, starting from beekeeping. In fact, the increasing pollution and the widespread use of pesticides, is leading to a drastic reduction in the number of bees in urban areas. This also involves the loss of a fundamental tool for plant life and biodiversity: the pollination.

The leading city of this project is Ljubljana (SLO) which, thanks to an innovative sustainable strategy called “Vision 2050”, has succeeded in effectively renewing the urban environment, thus allowing an incredible development of urban beekeeping. In fact, today in the city there are more of 180 million bees.

Today the other partner cities are trying to successfully replicate some of the good practices that are carried out in this city so that in the end we can reach a medium/long term plan that can guarantee the development of urban beekeeping in individual cities.

Another very interesting and innovative network promoted by URBACT is C-CHANGE. The network aims at rising awareness and to inform citizens on the issue of climate change through art. The leading city of the project is Manchester, which succeeded in obtaining the status of URBACT Good Practice City in 2017 in recognition of the work of the MAST (Manchester Arts Sustainability Team). MAST is a network of about 30 artistic and cultural organizations that, from community art centres and from iconic cultural places, cooperate and work together in actions and climate commitments. An example consists of the practices started in Manchester thanks to MAST. Now, these practices are inspirational for the other partner cities of the project. All these cities are united by the importance of art and culture in their development. Suffice it to say that among them there are two former European Capitals of Culture, four UNESCO World Heritage Sites and a former National Capital of Culture.

Then there is BioCanteens, which is a network that aims at finding new solutions to the challenges related to the negative impact of industrial food production on health and on the environment. Particularly, the partner cities focus on everything related to distributing organic meals in school canteens and developing sustainable local food systems. In fact, they are developing 100% organic canteens without any cost increase and being able to reduce food waste by 80%. By promoting these types of canteens, it is possible to obtain considerable benefits also as regards the education of children and their families in food sustainability and the promotion of local agriculture. The shared good practices that are promoted in canteens by partner cities are not particularly complex, for example the creation of a sorting line for food waste or the preparation of alternative dishes that allow a more effective use of vegetable proteins, but have also immediate positive effects on the sustainability of the cooking process and on the distribution of meals, thus ensuring an effective and rapid reduction of waste.

Finally, there is also the Tropa Verde network, which is aimed at encouraging citizens to behave in a way that respects the environment and recycling and re-use. Everything is based on a digital platform that allows citizens to obtain vouchers whenever they deposit their waste in designated places. The vouchers can then be exchanged for discounts and gifts that can be collected at local businesses that collaborate with the platform.

The project that began in Santiago de Compostela (SP) in 2015 saw immediately a great involvement of many local stakeholders.

Today the good practice of the Galician city is an inspiration for the other 5 partner cities of the project. 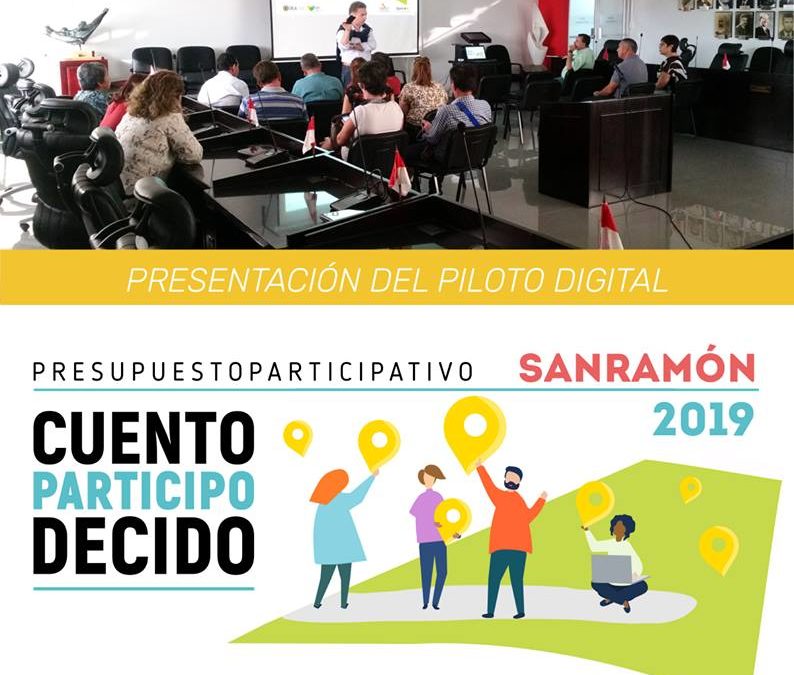 Save The date: March 16th, the first meeting of the “Cuento, Partecipo, Decido” pilot project.

On March 16, at the Council of the Municipal District of San Ramón, Alajuela, Costa Rica, there will be the first meeting of the pilot project “Cuento, Partecipo, Decido” . The project is aimed at promoting the importance of a policy of openness, transparency, showdown and, above all, citizen participation in institutions and throughout citizenship.

Open Government and Open State, Mechanisms and methodologies of citizen participation, Communities and Commons will be some of the topics that will be discussed during the meeting.

At the end of the meeting there will be a workshop where the digital tool ÁgoraPIC will be presented. ÁgoraPIC, which was developed by the Plataforma de Integración Ciudadana, is a civic tool aimed at making citizens an active protagonist in the public life of the neighborhood and the city, facilitating the participation of people and democratic dialogue, and providing multiple benefits to enhance the process of Open Government and Open State in Costa Rica.

The meeting will be opened to the Peñas Blancas, community and the institutions of the district.

Margherita Valle will bring forward the experience of LabGov in Costarica.

Save the date: “Science for the City” roundtable

On 21st and 22nd of February LabGov will participate at the Science for the City roundtable at the CDMA in Brussels.

The topics that will be discussed during these two days refer to the main challenges cities are facing all over the world and the best ways to tackle them: climate change, energy transition, social cohesion, employment, quality of the air and water, circular economy, security, reduction of inequalities, and many others.

In order to continue to respond flexibly to developments in society and to find adequate solutions to many of these challenges a strategic knowledge and research function within the municipality is essential. In a number of cities, a special function or position has been created to ensure the connection between science and policy. In the case of Amsterdam, for example, the strategic position of a Chief Science Officer (CSO) was created. In other cities similar functions have been established, although often with a different title.

The roundtable therefore aims at furthering the collaboration among cities, scientists and urban experts on these innovative institutional frameworks that allow for the development of innovative policies.

Over the course of two days, the event will focus on discussing the existing and developing challenges faced by cities and the possible scientific responses.

It will also serve to exchange views on trends and developments in science and knowledge (for instance the ‘Open Science’ discussion) that are relevant to scientists and urban policymakers.

Representing LabGov, Cosima Malndrino will bring forward the experience of Reggio Emilia, one of the pioneer cities in Italy and Europe who are reforming the role of urban authorities in order to foster sustainable and participatory innovation. 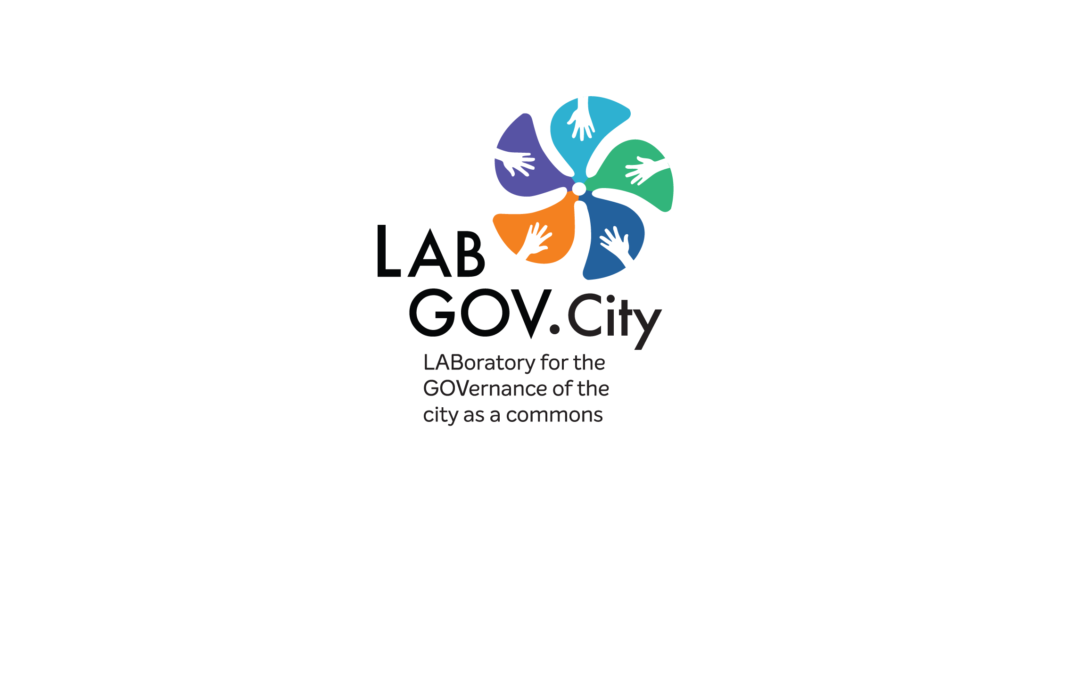 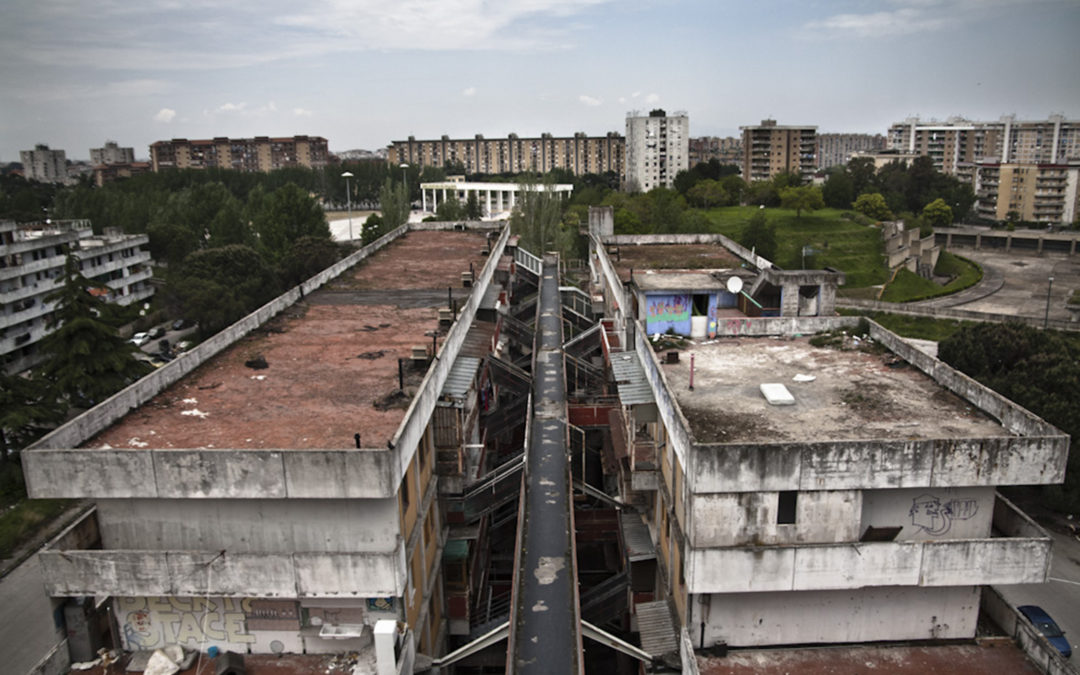 UIA is a European initiative created to test new solutions and to tackle emerging urban challenges.

Some of these solutions were collected by Nils Scheffler, UIA expert for the Use-It project, in his paper “UIA innovative approaches to tackle urban poverty “.

In fact, among the difficulties faced by the various urban contexts, there is the one concerning poverty.

This article, written after the seminar on 11 October 2018, during the European Week of Regions and Cities, quotes as an example the six cities Barcelona, ​​Birmingham, Lille, Nantes, Pozzuoli, Turin, which participate in the first call for proposals on the theme of urban poverty and which are adopting, with the support of UIA, innovative solutions to tackle this problem.

One of the most interesting aspects that emerges from the article is the one concerning the Public-private-community partnerships. In these particular types of partnership there is a more specific focus on what concerns the local foundation and the local development. In fact, the various target groups have been involved in the projects since the beginning.

A good example of how the Public-private-community partnerships can be particularly effective in combating the poverty is in the Co-city project from Turin where the municipality collaborates in the governance of the Commons with the various local associations and residents through the “Pacts of collaboration “. These are described by Christian Iaione, professor at Luiss Guido Carli and expert of the Co-City project, as “legal tool through which the forms of cooperation between city inhabitants and the City administration address urban poverty through an urban commons-based approach i.e. stimulating collective use, management, ownership of urban assets, services, the way infrastructure is implemented”.